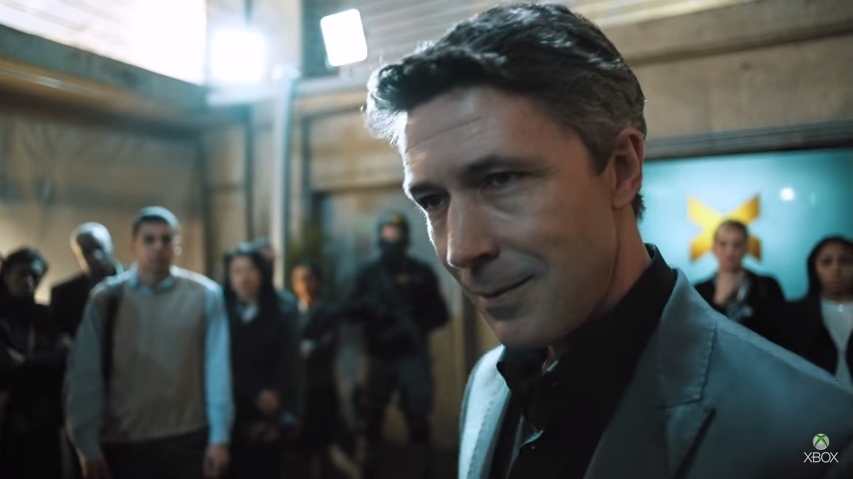 ADVERTISEMENT
Audiences are likely familiar with actor Aidan Gillen, as he played the role of schemer Petyr Baelish in HBO’s megahit Game of Thrones, and he’s also appeared in high-profile movies such as Christopher Nolan’s The Dark Knight Rises, in which he played a cocky CIA agent.

Aidan Gillen plays Paul Serene in Quantum Break, the head of the evil Monarch Corporation and the game’s villain, who uses his power to foresee the future and hunt down protagonist Jack Joyce (Shawn Ashmore). And not only will Aidan Gillen’s character be a playable character in the game, he will also star in the game’s live action TV show, with player decisions in the game affecting what happens in the show.