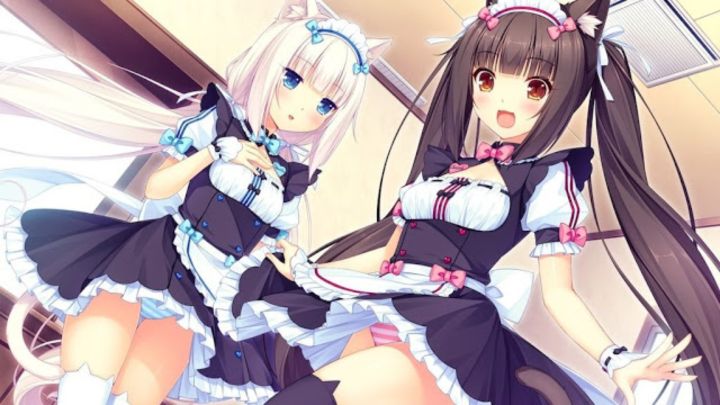 ADVERTISEMENT
This visual novel (which is also on Nintendo Switch and PS4) tells the story of a bakery owner who finds a pair of “catgirls” named Chocola and Vanilla stuffed in boxes in his shop… These human and cat hybrids are too eager to please their master (and they actually call protagonist Kashou Minaduki that in the game).

Nekopara Vol.1 is a pure visual novel in which all you do is click to follow the story and nothing else, although it has beautifully animated anime characters and very nice art. This adult-oriented anime even has a “breast jiggle toggle”, something which some people might get a kick out of no doubt…