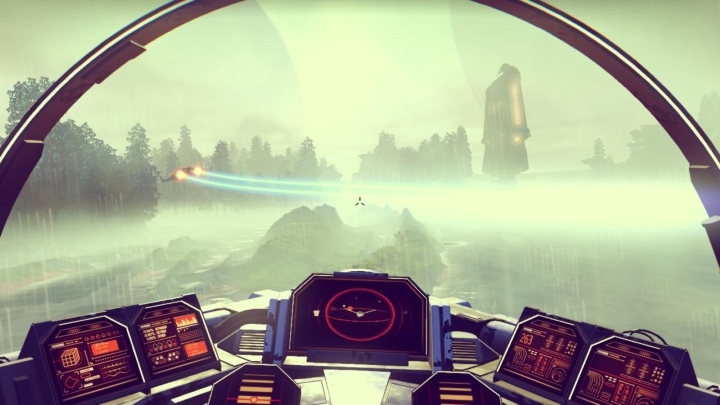 ADVERTISEMENT
No Man’s Sky has become one of the most eagerly awaited games of the year after a strong showing at the E3 show, as a matter of fact it won the “Best Independent Game” award. Made by developer Hello Games (with Sony’s backing), one of the biggest draws of this upcoming sci-fi game is its scale. It will literally offer billions of worlds to explore, populated by all sorts of alien creatures. Although obviously these worlds will be procedurally generated, and not individually created by the game’s designers.

So it remains to be seen how convincing and enjoyable the game’s randomly generated planets are. Will the game’s universe and planets end up being dull and lifeless, or full of interesting and compelling things to do? Given the game’s interesting premise, if Hello Games can make the game’s combination of exploration, space dogfights and first-person combat work, then No Man’s Sky might end up being one of the surprise hits of the year.