Technological advances are now tied to the map 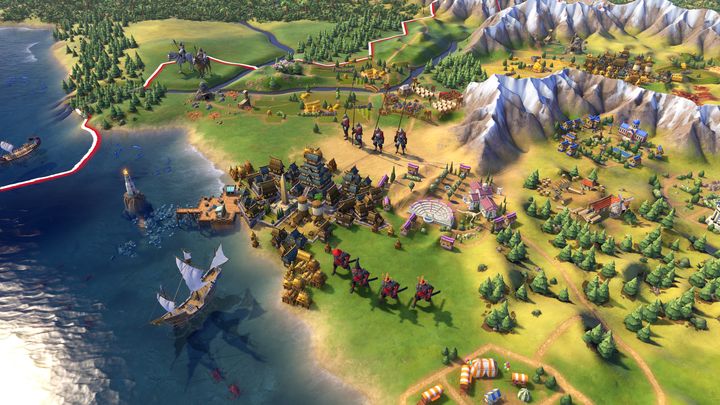 ADVERTISEMENT
While the map in games like Civilization V was merely a canvas for players to build their empires on and had little effect on how games played out, in the upcoming Civilization VI it is more of a living, breathing entity that will have more impact on the flow of the game, including research. After all, doesn’t it make sense that a civilization with many coastal cities that is actively building ships such have knowledge of sailing before a landlocked civ?

The same applies to other technologies like masonry, which will be easier to research if your civ happens to have access to a quarry early on. This should not only make a game of Civilization VI more dynamic and fun, but also make players more mindful of their surroundings when planning what technologies to research next.

Time to get diplomatic

Arguably one of the most attractive features of the Civilization games is the big number of civilizations available to players, and the way diplomatic relationships with other civs have an impact on the game. And developer Firaxis has promised to make big changes to the way diplomacy works in Civilization VI, with the addition of a “gossip system” and leader agendas.

Diplomacy is all about gossip now, and players will have to send their delegations and later their spies to foreign lands in order to find out what enemy civs are up to (and especially if they are up to no good), what their priorities are and whether they might be getting close to victory… Finding out leader’s agendas will be a top priority in the game, and aside from a leader’s historical agenda (like Gandhi playing religious pacifist), each leader in civ will also have a hidden agenda, meaning gathering intel about rival civ’s intentions will be as critical as ever in Civilization VI.

Of course, the game will also feature a large roster of civs to play as with their own unique units, buildings and abilities, including classic civs like England and France (which will have a diplomatic advantage in the game) and also newcomers like Scythia.