If one thing is clear, is that Life is Strange was one of 2015’s best video games. It was a five episode adventure featuring great characters, and interesting story and an original, time-rewinding mechanic, and helped propel relatively unknown French studio Dontnod Entertainment to fame.

So it’s logical that fans of the original were elated when Japanese publisher Square Enix announced that more Life is Strange would be coming our way in the form of a prequel titled Life is Strange: Before the Storm, the last episode of which was released in December last year (see here for a review).

And indeed Dontnod Entertainment announced a sequel to their highly-rated and much-loved adventure, and we now know when the first episode of this new Life is Strange season will be released. According to Dontnod themselves, episode 1 will be coming on September 26, although little other information pertaining to the new season has come out of the folk at Dontnod yet.

Actually, aside from a short teaser video revealing episode 1’s launch date pretty much nothing else is known about Life is Strange 2. Like the 2015 game and the prequel though, the game will take place in the same US town of Arcadia Bay which fans of the series have come to love over the years. Regarding the characters, it’s not clear whether we’ll see the likes of Max or Chloe again in this sequel, or whether it will be a fresh batch of faces all-round here.

The thing is, will this Life is Strange sequel top the original game?

If the sequel is indeed featuring a completely new batch of characters, Dontnod could have a tough time creating characters as compelling as Max and Chloe, and the others seen in season one. Max was a charming and introverted teenager fond of photography and a perfect complement for Chloe, a rebellious teenager who died her hair blue and whose mind was in a state of constant turmoil, frequently clashing with her stepfather.

Mind you, some characters like Chloe’s stepfather David (the typical stern dad with a military background) were a bit stereotyped, but Life is Strange’s cast of characters is still one of the best in a video game to date.

Also, there was some pretty great voice acting in the 2015 game, Max and Chloe surely were far more convincing characters thanks to Hannah Rebecca Telle and Ashly Burch’s voice work in the game. So here’s hoping Life is Strange 2 cast manages to live up to what was heard in the original game. 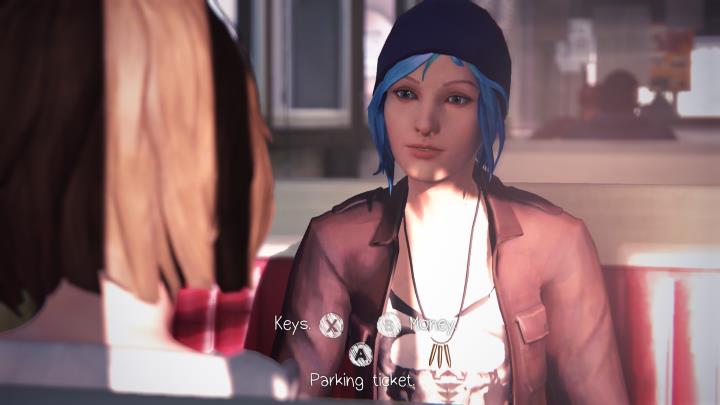 Will fan favourite characters like Chloe make an appearance in Life is Strange 2?

It also remains to be seen whether the time-rewinding mechanic seen in the original will return in some form, or whether Life is Strange 2’s protagonist will have access to supernatural powers of any kind. This is likely, taking into account that the main character in all of Dontnod’s games have been able to wield special abilities of some sort (this includes their latest game Vampyr, in which main character Dr. Reid has access to all sorts of supernatural abilities due to his vampiric condition).

Actually, rewinding time in Life is Strange 1 was very satisfying most of the time, and this mechanic led to some interesting situations in the game too. For instance, after setting off a bomb in order to break into the principal’s office at night, Blackwell Academy’s alarms go off, with the police soon to arrive… The solution? I just entered the office and used Max’s rewind power to a time before the bomb went off, and opened the door from inside encountering a surprised Chloe outside…

It’s cool situations like these, arising from Max’s user of her time-rewinding ability that made playing through Life is Strange such a joy at times, and hopefully the “special powers” angle will feature in the sequel in some form too.

Also, part of what made Life is Strange such a moving experience too was the clever use of licensed music, including tracks like “Obstacles” by French band Syd Matters. Plus, the game’s musical score was also a highlight truth be told, so it would definitely be a great thing if the soundtrack was also one of the sequel’s strong points.

Life is Strange also led to much discussion online in 2015 due to it handling of controversial subjects like teen suicide, mental illness and disability, and the cliffhanger endings players were treated to at the end of each episode… And it would be great if the sequel dared touch similar and other controversial subjects that will have fans arguing after each episode too.

Of course, fans of the original are hoping Life is Strange 2 will shine as much as its predecessor did in 2015, and thankfully we don’t have much longer to wait in order to find out whether Dontnod Entertainment’s sequel to one of the top adventures of 2015 will get off to a good start, as episode 1 is releasing in late September. But will it be a cracker? Here’s hoping it is, and that Life is Strange 2 ends up pleasing fans as much as the original did when it releases next month.