The Assassin’s Creed games have no doubt been many things to many people, but if one thing is clear, is that the franchise is one of the biggest successes in the history of video games, selling millions of copies and being loved by gamers the world over. And the Assassin’s Creed II game released in 2009 is to many the high point of the series, with its great protagonist Ezio Auditore, beautiful Italian Renaissance setting and story about the conflict between the mysterious Templar and Assassin orders.

So given the success of the Assassin’s Creed series, it made sense that Ubisoft would bring the franchise to the silver screen soon enough, and actually a film based on the movies will be hitting the theatres in December this year, for which we’ve already seen a pretty impressive trailer.

But will this movie be a commercial success or not? It is clear that the video games have millions of followers worldwide, and aside from Call of Duty, Assassin’s Creed is perhaps the best-known video game franchise in the world, meaning plenty of video game fans will likely be queuing up this December to watch the movie.

Although given the film’s huge budget (which is between $150 and $200 million US dollars according to Ubisoft CEO Jean-Julien Baronnet), it is not clear whether this Assassin’s Creed movie can be a commercial success just attracting the video game series fans to theatres. No, the movie needs to appeal to casual viewers too, those who’ve never played or perhaps not even heard of Assassin’s Cred before to be a success. 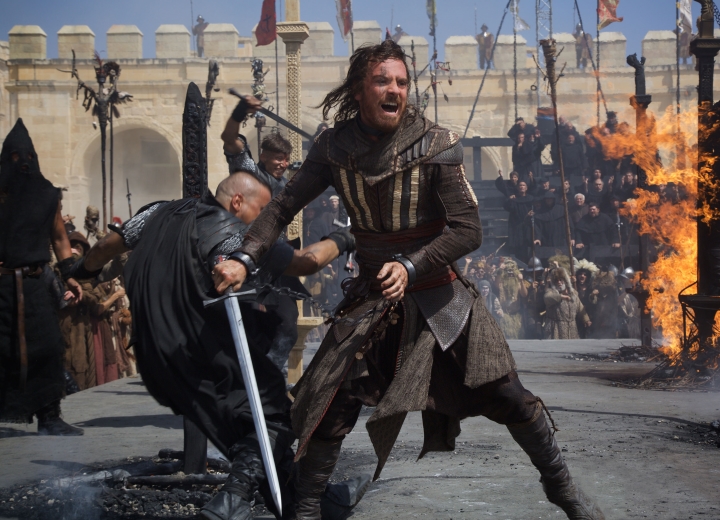 The Assassin’s Creed movie will almost certainly be true to the games due to Ubisoft’s involvement, but will it be a box office hit?

This also appears to be Ubisoft’s reasoning too, as the French company’s European boss Alain Corre said that he did not expect the film to make much money, stating that “it is a lot more of a marketing thing” and “the purpose is to bring Assassin’s Creed to more people” according to gaming website GameSpot.

The Assassin’s Creed film does have a stellar cast though, with actors like Michael Fassbender, James Irons and Marion Cotillard, and Ubisoft’s own movie studio is heavily involved in its production, meaning the movie will almost certainly be true to the games in order to please the fans and hopefully also appeal to a larger audience as well. Playing against it though, is that fact that Disney’s Star Wars film Rogue One opens a week earlier in December, a movie which clearly has more box office appeal than director Justin Kurzel’s Assassin’s Creed movie.

But still, Ubisoft can still look at the success of this year’s Warcraft movie, which was savaged by the critics but which caused a sensation in China and ended up becoming the top-grossing video game movie adaption of all time, and hope their Assassin’s Creed film can pull up a similar feat this December. But even if things go haywire, and the movie does turn out to be a flop, at least we’ll always have Assassin’s Creed II…