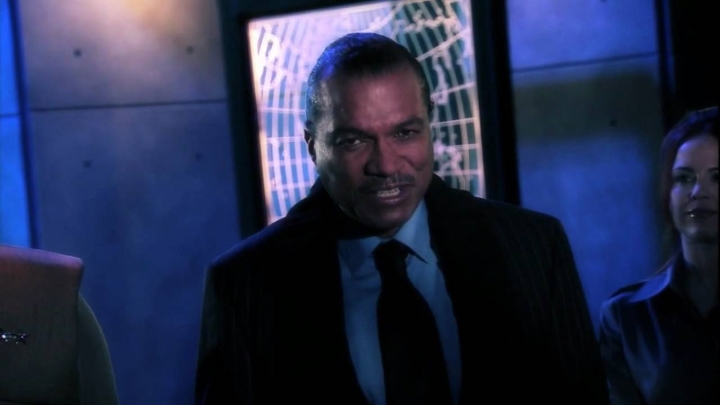 Director Boyle was pretty bad ass, but did he get what was coming to him in the end?

The Command and Conquer series of real-time strategy games, which debuted in 1995, always had a loyal following. Sadly the series ended with an abysmal last game, but Command and Conquer 3 was certainly the high point of the series. And while the tactical real-time strategy bits of the game were enjoyable, fans have always enjoyed the non-interactive movie bits that advanced the story. And the game had quite a cast, featuring the likes of Michael Ironside, Josh Holloway, Tricia Helfer and of course Billy Dee Williams.

You might remember Williams from The Empire Strikes Back, he was the sneaky and conniving Lando who betrayed Han Solo to the Empire. Well, in Command and Conquer 3 he plays director Redmond Boyle, leader of the military coalition GDI, which has to deal with the terrorist group NOD and an alien invasion as well (one is always busy these days). Boyle’s agenda of using overwhelming force puts him at odds with General Granger (played by Michael Ironside), who prefers a more conservative approach. And Billy Dee Williams did look pretty cool playing Boyle, adding a touch of class to the game’s movie bits.