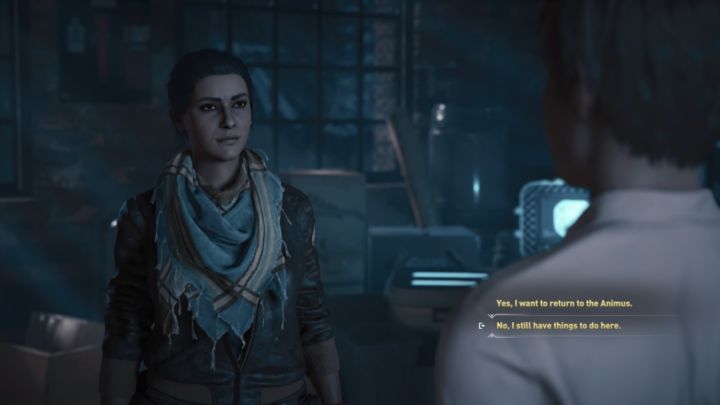 ADVERTISEMENT
Since the Assassin’s Creed series began, people have been split about the modern-day sections of the game. These yanked you away from the game’s historical setting (for example, the Italian Renaissance of Assassin’s Creed 2) to the present day, where you controlled a character such as Desmond Miles. This was a kind of “hard stop” in the game that some people didn’t like, so Ubisoft is doing something different in Assassin’s Creed Valhalla, keeping the modern-day segments within the historical simulation as narrative director Darby McDevitt of Ubisoft has told IGN.

“The story is that there are anomalies inside the simulation. And when you find them as Eivor, Layla and her handlers will pause the simulation, and set up this big thing for her to deal with. It’s a big puzzle, lots of intense puzzle solving and parkour so that you can acquire a bit of interesting data and then close this rift”, said McDevitt.

Here’s hoping this is for the best, and that playing as modern-day protagonist Layla Hassan (a character which made her first appearance in 2017’s Assassin’s Creed Origins) is as much fun here as it was in the last two Assassin’s Creed games when Valhalla arrives this fall.