This year has been, despite the COVID-19 crisis, an exciting one for PC gaming enthusiasts. Technology company Nvidia released its first GeForce RTX 30 series graphics cards last month, and now AMD has announced a new line of graphics cards designed to compete with the latest Nvidia offerings, as was recently reported on Gizmodo.

This is because the new Radeon RX graphics cards will be offering substantial performance gains and can even outperform Nvidia’s top of the line GeForce RTX 3090 in benchmarks. Actually, the high-end Radeon RX 6900 XT can outperform the RTX 3090 in certain games according to AMD’s own tests. These include Forza Horizon 4 and Gears of War 5, with the RX 6900 XT coming out ahead by a sizeable margin in the former.

The Radeon RX 6900 XT will feature 16 GB of graphics memory and will sell for $1,000 US dollars, which is less than the $1,500 Nvidia’s RTX 3090 retails for. This could make it an interesting graphics card for gaming enthusiasts looking to put together a killer gaming rig, if these benchmark results are confirmed by independent reviews. 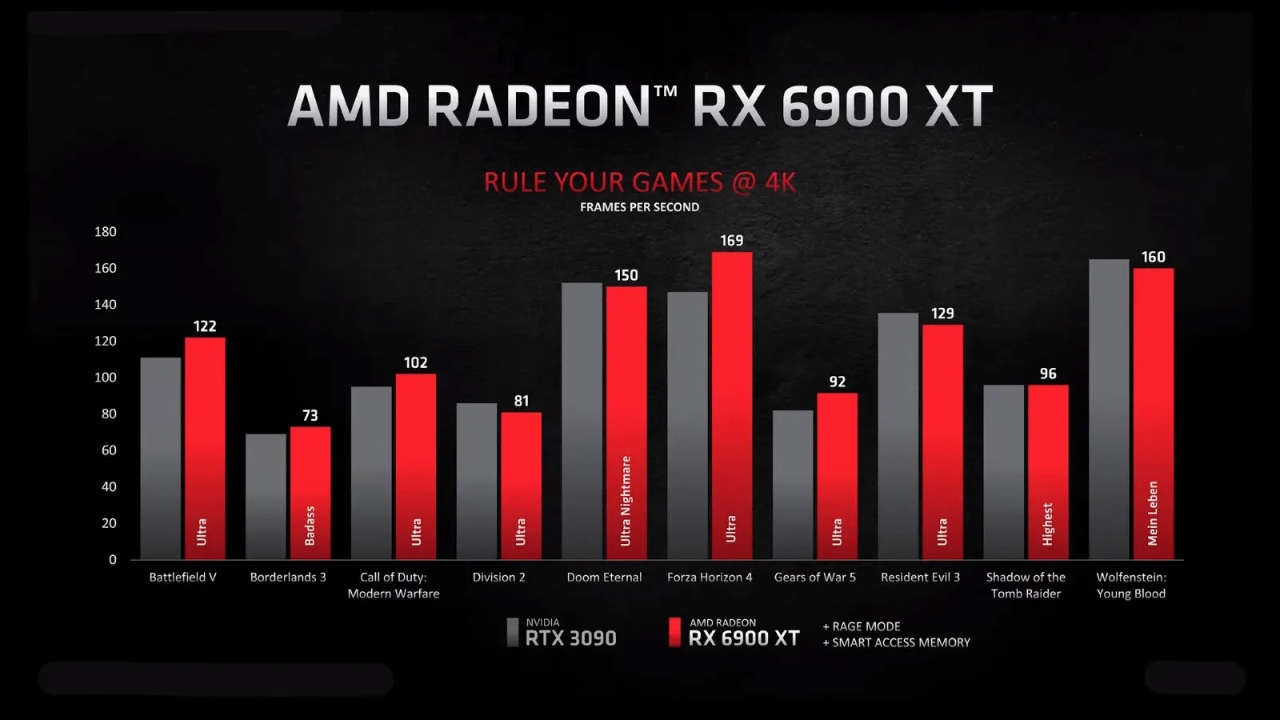 ADVERTISEMENT
The Radeon RX 6900 XT aside, another member of the new Radeon RX line-up is the Radeon RX 6800 XT, which AMD is pricing at $650 US dollars. This undercuts Nvidia’s GeForce RTX 3080 (which retails for $700 US dollars). Meanwhile, AMD’s own benchmarks results show the card to be ahead in many games, including this year’s first-person shooter hit Doom Eternal and WW2 action game Battlefield V.

Also interesting is the fact that the Radeon RX 6800 XT appears to deliver better performance while consuming less power. The GeForce RTX 3080 card draws 320 W of power while the Radeon RX 6800 XT is able to strut its stuff with less, as AMD’s card has a TBP (Total Board Power) rating of 300 W. 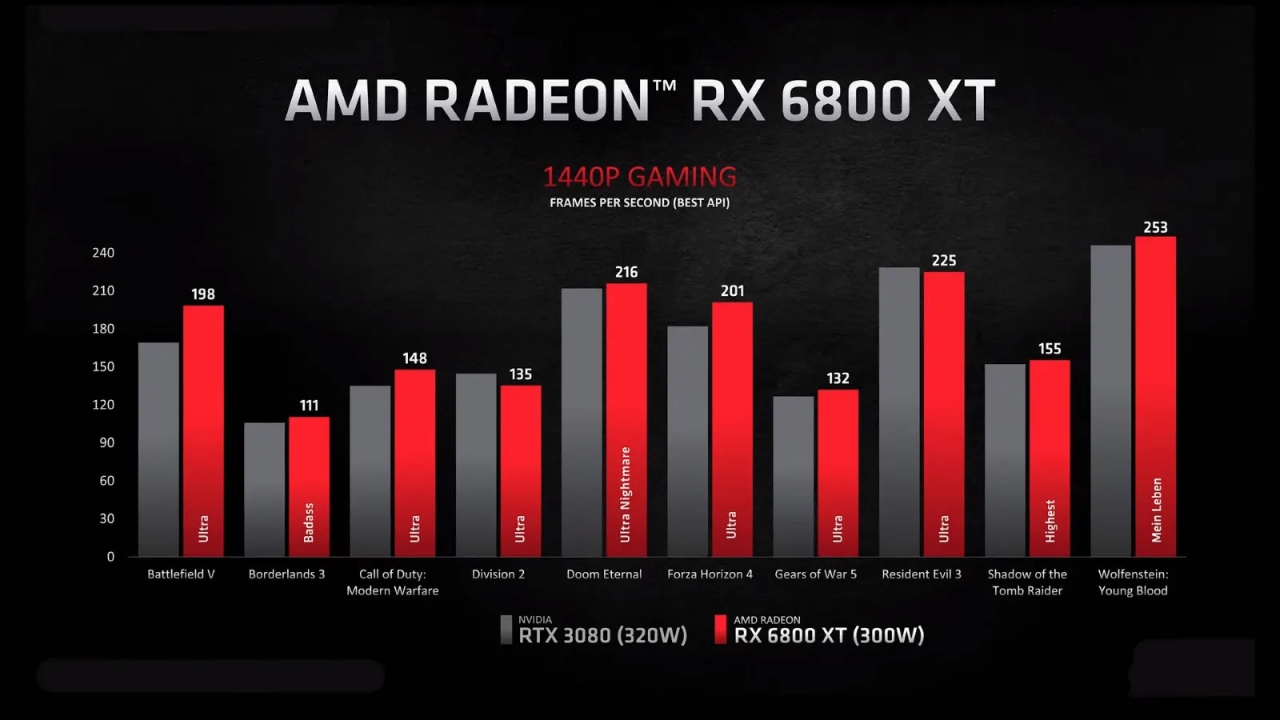 It looks like this card could be a worthy adversary for Nvidia’s eagerly anticipated GeForce RTX 3070. This is because despite costing a bit more, it comes with more memory (16 GB vs 8 GB in the RTX 3070), and if its performance is not far behind that of the RX 6800 XT (meaning it would outperform the RTX 3070) so it could definitely be a great deal for those looking to upgrade their PC in the near future.

The new Radeon RX cards will be launching on November 18 (Radeon RX 6800 XT and RX 6800) and December 8 (Radeon RX 6900 XT). It remains to be seen, though, if there will be stock shortages as was the case with Nvidia’s new cards this year.

What’s clear, though, it that AMD is no longer content with playing second fiddle to Nvidia in the graphics arena, and is eager to overtake its competitor performance-wise in 2020.

It may need to do so, though, as the company headed by Lisa Su is way behind Nvidia when it comes to market share. Nvidia has a big slice of the graphics card pie, almost 80 % of the market according to fool.com.

However, it’s clear AMD is not shying away from taking Nvidia head on despite this (and neither Intel with its new Ryzen processors) and looks likely to do well in 2020 with its new line-up of graphics cards. This also means that PC gamers will likely be able to get some good deals this year too, which can only be a good thing.