Assassin’s Creed Odyssey sure is one of the most eagerly awaited games of the year. And it looks like those who decide to take the plunge and purchase Ubisoft’s latest open-world video game could definitely be getting their money’s worth. This is because according to game director Scott Phillips Odyssey will be “much longer” than its predecessor Assassin’s Creed Origins, offering “a ton of stuff to explore and find and discover” according to Phillips.

And taking into account I invested in excess of 90 hours playing through Assassin’s Creed Origins and its expansions, I predict Assassin’s Creed Odyssey will be devouring a significant portion of my time when it’s released this fall.

But will this adventure set in ancient Greece be the longest game to date, offering the most playing time by a video game to date?

This seems unlikely even if we consider the fact that Assassin’s Creed Odyssey will be getting a season pass with plenty of additional content. This is because there have been quite a few lengthy video games released for consoles and PC in the last couple of years.

A fine example is 2015’s The Witcher 3: Wild Hunt, which Polish developer CD Projekt Red claimed could keep you gaming for 200 hours or more. And surely this medieval fantasy RPG had content to spare between the main game quest, its expansions and tons of side quests to tackle in its colourful fantasy world.

Another example is The Elder Scrolls V: Skyrim, a game which despite hitting shelves in 2011 remains popular to this day, with the latest game in the Elder Scrolls saga hitting the Nintendo Switch in late 2017.

According to website howlongtobeat.com, Bethesda’s RPG masterpiece has kept people busy for more than 100 hours if you explore every nook and cranny, while personally this is one of two games I have put more than one hundred hours into, the other being 2016’s Hitman release. 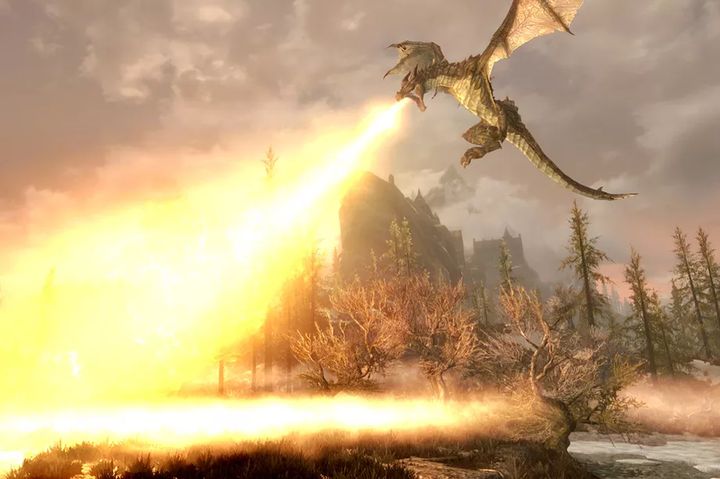 And surely Hitman 2016 is a game you can easily spend dozens of hours with, taking into account how replayable each of the game’s levels is. Actually, each of these locations is a huge murder sandbox with a ton of possibilities, and assassination targets can be disposed of in a myriad ways making this one of the best Hitman games to date and surely one of 2016’s best video games too.

There are also games like strategy masterpiece Civilization VI which you can essentially play forever as each game is different from the last, something which throws the concept of video game length out of the window too…

One the other end of the scale, one can also find good and even great games that were so despite their short length and lack of replayability. One such example is The Order: 1886, a cinematic game set in Victorian London which many people likely overlooked back in 2015. This had sumptuous production values, good action and one engaging storyline. You could be done with the campaign in 5 or 6 hours (and might not be inclined to return afterwards) but is still a jolly good ride while it lasts.

So is the case of Her Story, a detective game which you can complete in little more than 2 hours, but which was one of the most innovative and original games to be released in 2015 despite its short length.

Other games like Limbo are of a similarly short length too, and this did not prevent developer PlayDead’s game from being hailed as a masterpiece by many back in 2010. And let’s not forget the original Prince of Persia too… Actually, Jordan Mechner’s platforming game could be completed in a single hour, and yet it is heralded as a classic game by many.

Nonetheless, as is the case with those who like to devote many hours of their life to reading a book, so do some like to get lost in an epic video game for dozens of hours. And if Ubisoft’s Assassin’s Creed Odyssey delivers a long playing time while still offering the same quality as Assassin’s Creed Origins did in 2017, then gamers are surely in for a treat when it is released this fall.

→
Next: Marvel’s Spider-Man: this is how long it will take you to play through the game