Tomb Raider is clearly one of the biggest entertainment franchises of all time, and the video game series starring iconic character Lara Croft is no doubt one of the best-selling and most-loved by video game fans ever. Plus the movies starring Oscar winner Angelina Jolie are also amongst the top-grossing video game adaptations of all time.

So it is logical that many Tomb Raider fans were elated when it was announced that a new Tomb Raider film was in the works and that it would star another Oscar winner, this time Swedish actress Alicia Vikander of Ex Machina and The Danish Girl fame, who will play iconic heroine Lara.

Scant information has been revealed about the movie so far, though, but we do know that fellow actors Dominic West, Walton Goggins and Daniel Wu will also be in the movie, which is slated for release on March 16, 2018. In this upcoming Tomb Raider movie Dominic West will play Lara’s father and Walton Goggins will be the movie’s main villain, while Daniel Wu plays a ship captain aiding Ms. Croft in her adventure.

And Alicia Vikander’s fans will surely be excited to know that the movie’s shooting is well underway in South Africa, and that the first pictures of Alicia Vikander strutting her stuff in Lara Croft gear have now emerged online, and were recently posted by UK newspaper Daily Mail and also on a fan Twitter channel. 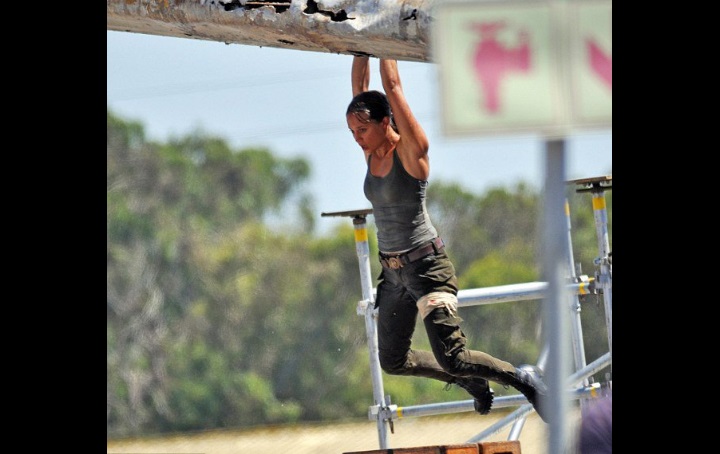 These images show Vikander in a Lara Croft costume, and fans of the video games will quickly realise that Alicia Vikander’s outfit bears a striking resemblance to Lara’s in the 2013 video game reboot game, which surely is one of the best entries in the series to date. It does look less similar to the more provocative clothing Angelina Jolie wore in the earlier Tomb Raider films though, which is a good thing, as while those movies were blockbusters they certainly were not great pieces of cinema, particularly director’s Simon West Lara Croft: Tomb Raider which is one of the worst video game movies made to date.

But still, hopefully this new Tomb Raider movie will turn out to be great when it debuts next year, and that director Roar Uthaug’s film can break the dreaded video game movie curse and turn out to be a critical and commercial hit in 2018.