Fortnite’s season 8 is now in full gear, and Epic recently revealed the challenges corresponding to week 3 of this season, which are now available for all Fortnite players.

The free challenges corresponding to season 8, week 3 are the following: Visit Fatal Fields and Salty Springs in a single match, Destroy Cacti in the Desert and Place Different Trap Slot items in a single match.

The first challenge is a variation of the “land at” challenge seen in previous weeks, the difference being you don’t actually need to land at any of the named locations mentioned in the challenge in order to complete it, just travel to them at any point during the match.

This challenge also has 3 stages. First, you’ve got to visit Fatal Fields and Salty Springs in the same match, then Haunted Hills and Tilted Towers, and finally Frosty Flights and Loot Lake, also in a single match. I’ve marked all the locations you’ll be visiting to complete this challenge in the map below (different colours have been used for each stage). 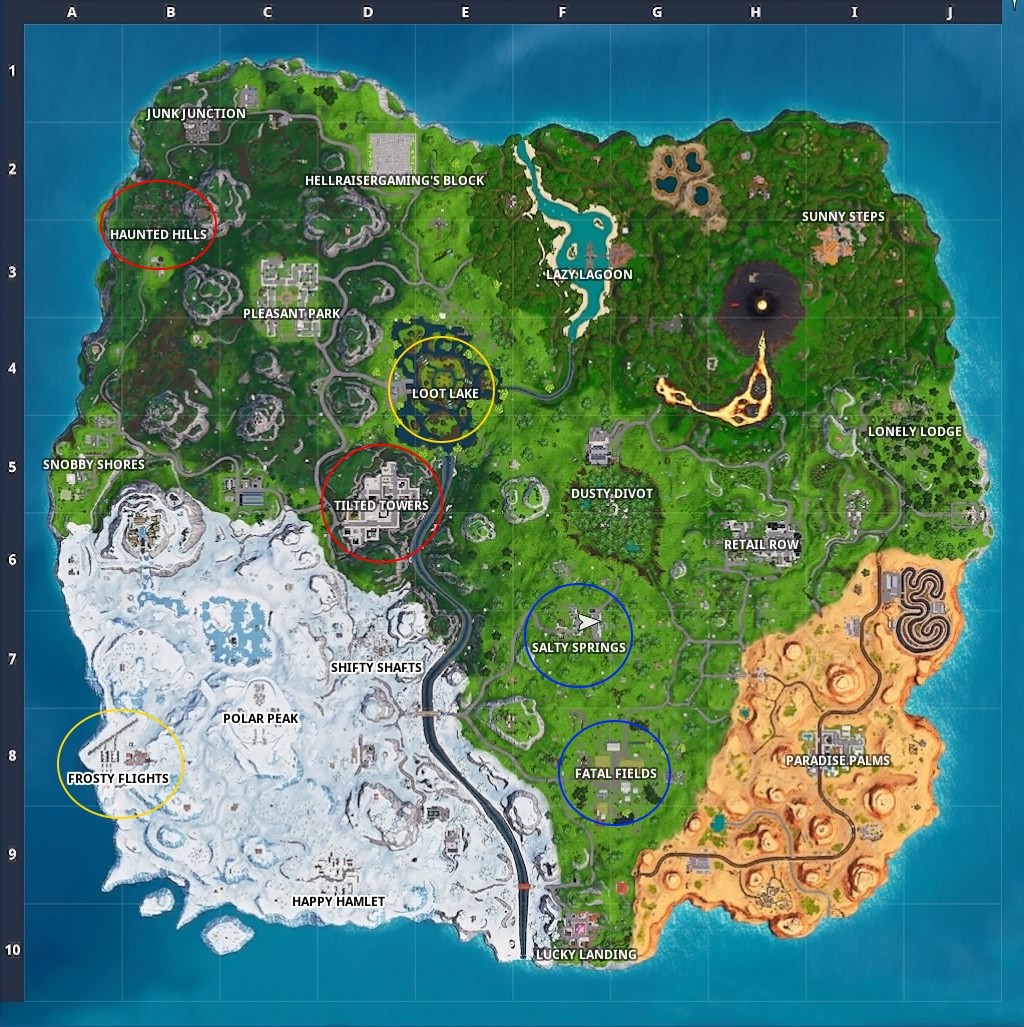 Visiting two different locations in a single match isn’t that difficult, especially if you play a team-based mode such as Disco Domination, as you’ll respawn when killed and get another quick chance to visit the locations you’re looking for. You’ll also get the gliders item by default, which makes travelling around the map easier, although bear in mind that the storm does engulf the map sooner in this mode, so you’ll want to work quickly to complete the challenge.

This might be trickier when playing solo Battle Royale, especially if you’ve got to visit a location like Salty Springs which is close to the centre of the map where many people will be landing after jumping off the bus.

I personally found it easier to visit locations closer to the edge of the map first (such as Frosty Flights), find a hiding spot and wait for the number of players on the map to go down before travelling to the second location I needed to visit to complete the current stage of the challenge, but you might prefer to go about this in a different way – for instance, by moving quickly between locations using the game’s cool new hoverboards. Also, Fortnite’s new Baller vehicle (which you can find near some Expedition Outposts) could also come in handy if you’re looking to complete this challenge quickly. 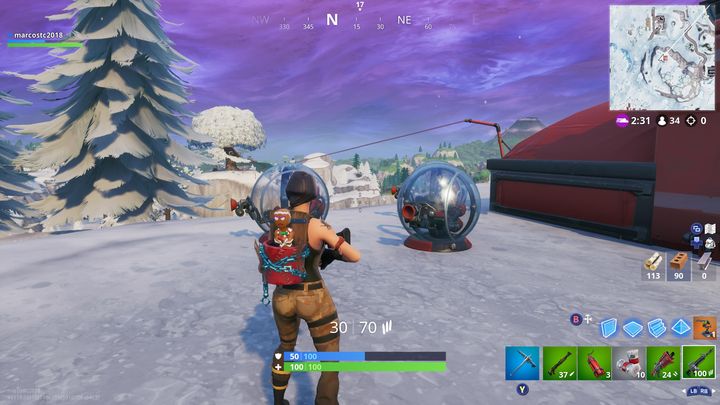 This week’s second challenge, like the first, also has 3 stages. In the first stage you’ve got to destroy 30 cacti in the desert. You’ll find plenty of cactuses lying around in the desert part of the map to the south east (where Paradise Palms and the race track are). Destroy 30 of these and you will have completed the first stage of this challenge. 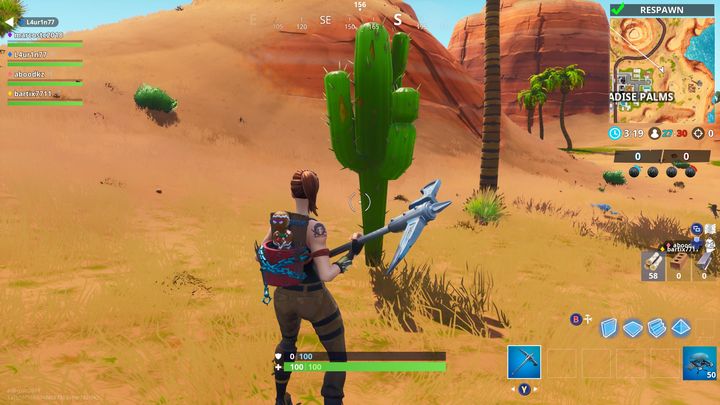 The second stage involves a bit of busywork too, as you’ll have to search 7 ammo boxes in the “snow biome”. This refers to the snow-covered part of the map to the south west. Regarding the ammo boxes, I found plenty of these at the game’s Happy Hamlet location – you can even search all the ammo boxes in the same match if you’re able to. 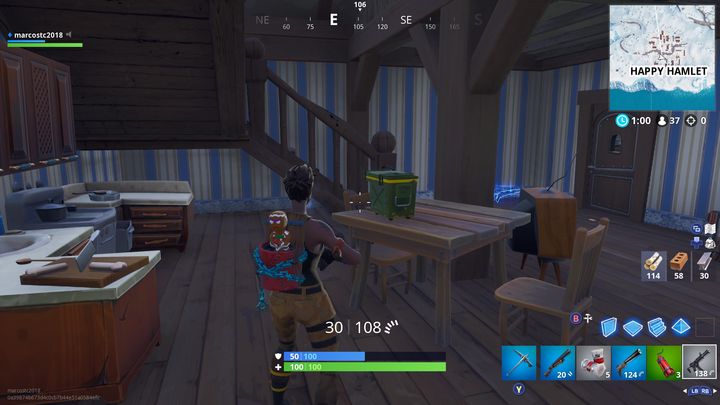 The third stage of Fortnite’s second challenge involves searching chests (3 of these) in the jungle. This is the north western part of the map where the volcano and locations like Lazy Lagoon are situated. I found quite a few treasure chests on the pirate ship moored at the lagoon and its surroundings.

The final challenge of the week requires that you place different Trap Slot items in a single match. Trap Slot items include spike traps, mounted turrets and launch pads amongst others, and you’ll need to place two of these in the same match in order to ace this third challenge of the week. These can be found lying around at named locations such as Retail Row (although they occasionally pop out of chests too). 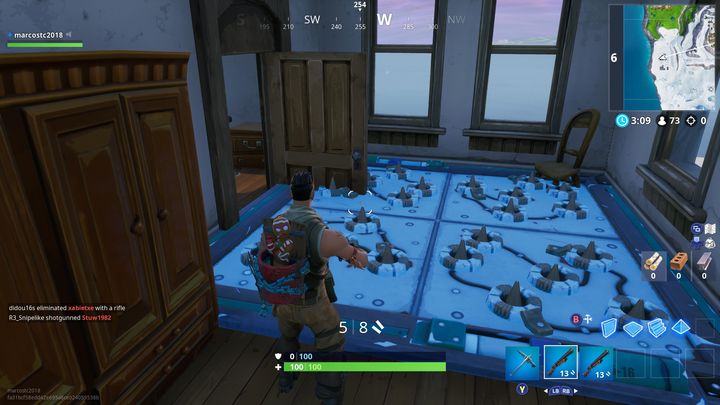 Regarding these items, you just can’t place them wherever you want – these have to be placed on floors, or you’ll have to build a floor section on the ground first.

That’s it for this week’s challenges, then, but be sure to stay tuned to this website for more on Fortnite and more of this season’s challenges as they become available.

→
Next: Here are the nominees of the 2019 BAFTA Games Awards