Overwatch is already one of the biggest video games of the year, and has more than 10 million players worldwide. But it is clear that American company Blizzard, who are also behind the world-conquering World of Warcraft, know how to market a game. And Overwatch’s colourful cast of characters, which includes the deadly sniper Widowmaker and the sexy and controversial Tracer, plus its emphasis on short matches and casual play, have helped make it a massive hit.

Although playing Overwatch is no doubt a lot of fun, some gamers have complained that the game’s roster of characters is not exactly balanced and that some characters have an unfair advantage over others. Such is the case of the deadly Russian sniper Widowmaker with PC players in particular having found her sniper rifle to be deadly accurate as aiming with the mouse really is much more precise than aiming with a console gamepad.

But if there’s one character that gamers have complained about the most then it is the Nordic hero Torbjörn. This is because he is able to build turrets during a match, turrets that aim and shoot automatically, with the player’s aim and precision being of no consequence as Torbjörn’s deadly turrets mow down everyone in sight.

This is the reason why game creators Blizzard are “nerfing” Torbjörn, that is, making him less powerful than he currently is so that the character doesn’t dominate multiplayer matches so much, according to ibtimes.co.uk. And Torbjörn’s automatic, ultra-powerful turrets also serve to illustrate why console and PC cross-play is not a good idea either. 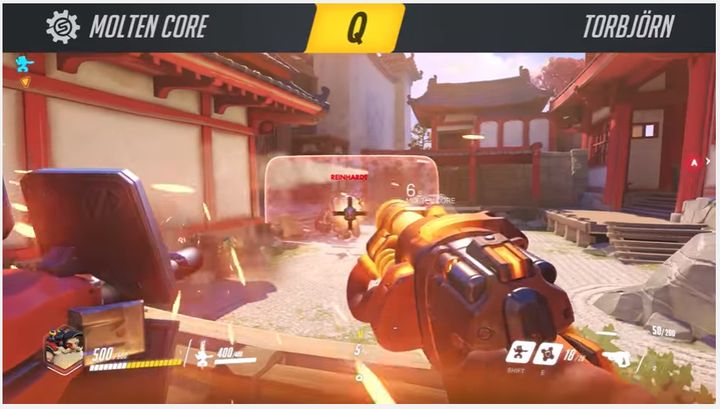 Because the reason why Torbjörn was dominating matches so much was that players did not have to aim to take down targets when Torbjörn deployed his turrets. But if console and PC players got to play with each other, those playing Overwatch on a PS4 or Xbox One with a controller would also discover that a keyboard and mouse offer much more precision than a gamepad, and would lose swiftly to veteran PC gamers.

This is why I’d rather play a game like Overwatch on console, knowing that all players will be using a gamepad and thus will be on equal footing. Because even if Overwatch allows PC players to use a gamepad, it’s not fun going up against someone using a high-end keyboard and mouse and being able to snipe other players to death with the likes of Widowmaker in seconds.

Although strangely enough, Torbjörn’s turrets could help those with gamepads on PC out thanks to their auto-aiming, but now that the character is going to be downgraded by Blizzard this will be less of a recourse for those who prefer using a gamepad when playing on PC.

But it is clear that since playing with a keyboard and mouse gives players and unfair advantage in online multiplayer matches, PC and console cross-play is obviously not possible in a game like Overwatch yet, but hopefully Blizzard will keep balancing the game and adding to it, improving what is already a great experience on both consoles and PC.

→
Next: The PS4 Slim could make it hard for Microsoft to catch up with Sony