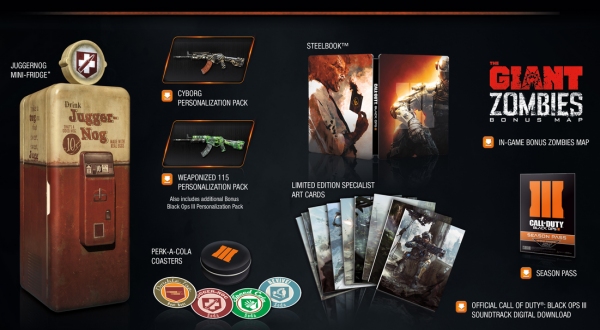 ADVERTISEMENT
Even though 2015’s Black Ops III wasn’t the best Call of Duty game to date (although it had a pretty great 40’s era zombies mode), the game had one of the most original video game collector’s editions seen to date, as it included an actual working fridge.

The mini-fridge could hold up to 12 cans, plus the package also featured 4 “Perk-A-Cola” coasters (named after the fictional drink seen in the series popular zombies mode). And although we are used to seeing special editions feature add-ons like action figures or soundtracks, this Call of Duty: Black Ops III edition certainly included one of the most unexpected items in a collector’s edition seen to date…