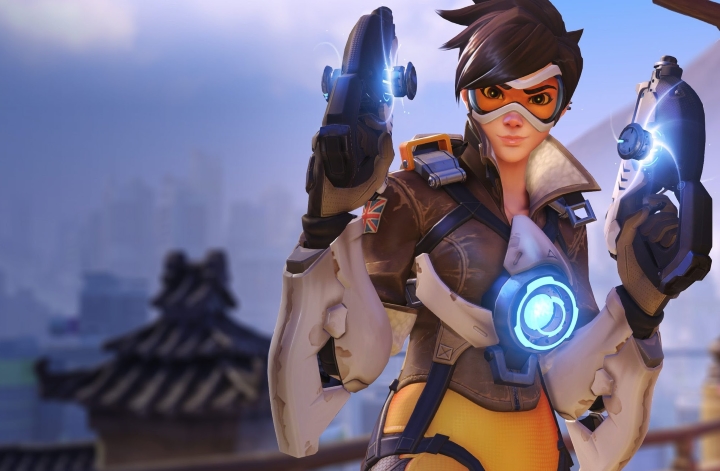 ADVERTISEMENT
American video game company Blizzard is behind some of the biggest video games of all time like World of Warcraft and Diablo 3, and certainly has spared no expense when it comes to marketing its highly anticipated Overwatch game. As part of its “agents activating” reveal, the company installed life-sized action figures of some of the game’s heroes in cities all over the world.

So perhaps it’s likely that some Parisian residents were startled when they saw the huge, multitoned statue of Overwatch’s ninja character Genji outside Paris Pompidou Centre, while Hollywood Boulevard residents got to see an enormous action figure of trigger-happy heroine Tracer on May 20, just a few days before the game’s release. Blizzard also put up a life-sized action figure of exotic character Pharah in the South Korean city of Busan, making this an international and truly original way to promote the company’s latest blockbuster video game.

I can't believe I'm here! There is also a genji and pharah at the other 2 pinpoints ! @PlayOverwatch #tracer pic.twitter.com/tNWLjMxnnj

IMAGE CREDITS
Overwatch
COPYRIGHT: Blizzard.
→
Next: 4. Bioware t-shirt at the Game Developers Conference
OR JUMP TO: 1 2 3 4 5