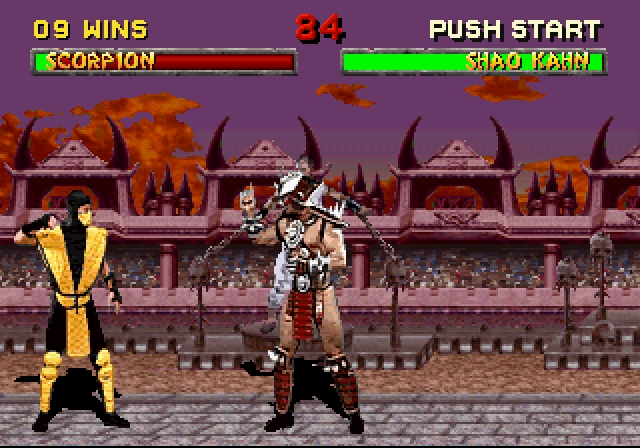 Mortal Kombat II improved on its predecessor in every conceivable way.

It is clear that the original Mortal Kombat was a good fighting game, and one that caused an uproar due to its over the top, bloody fighting action, which included the ultra-violent Fatality moves which have now become a staple of the series. Its 1993 sequel Mortal Kombat II did not tone down the violence one bit, adding more Fatalities for each character, but tried to appease the critics by adding the new Babality moves – these let players humiliate their opponent by turning them into a baby after winning the match.

Mortal Kombat II was a high point for the series, as it not only improved on its predecessor in every way, but added new combat moves and introduced iconic characters like the monstrous Baraka, Princess Kitana and the evil Shao Kahn, and also got the feel, graphics and gameplay completely right. And there’s no doubt that Mortal Kombat II is one of the series’ highlights, and also one of the best fighting games ever made.