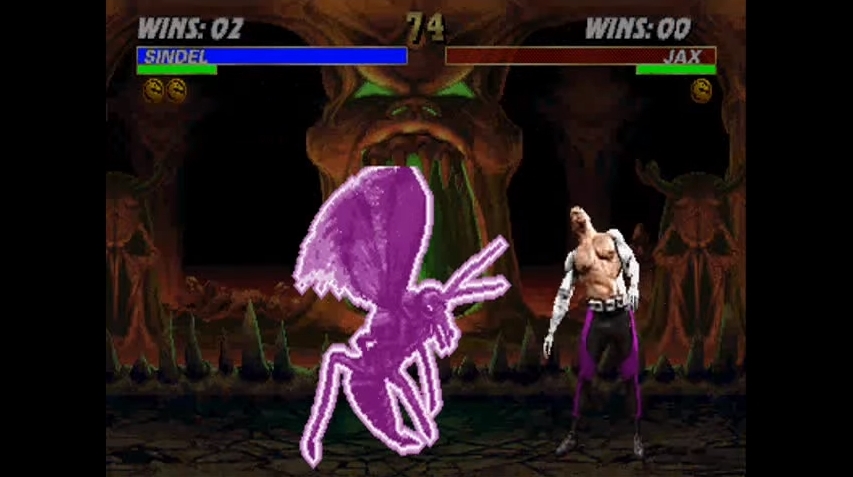 Mortal Kombat 3 had Animalities as well as Fatalities… The former were a bit on the silly side though.

Released after the great Mortal Kombat 2, the main complaint about Mortal Kombat 3 was that it simply wasn’t as revolutionary as its predecessor was. It omitted classic characters like Kitana and Scorpion from the roster in its initial release (although they were subsequently added in the Ultimate Mortal Kombat 3 update), although it did feature new character additions like the gun-wielding Stryker and Sindel. The latter is the resurrected queen of villain Shao Kahn, who plays a role in the game’s cheesy plot.

The game’s violent finishing moves (the Fatalities) were as gruesome and fun to watch as ever, even if the silly Animalities (finishing moves in which your character would turn into an animal to put down his opponent) were a bit questionable. But still, seeing fighter Ermac turn into a frog and swallow his opponent whole was funny, while the addition of combos made the fighting action deeper and more involved. But Mortal Kombat 3 still came as something of a disappointment after the marvel the earlier Mortal Kombat 2 was, though.