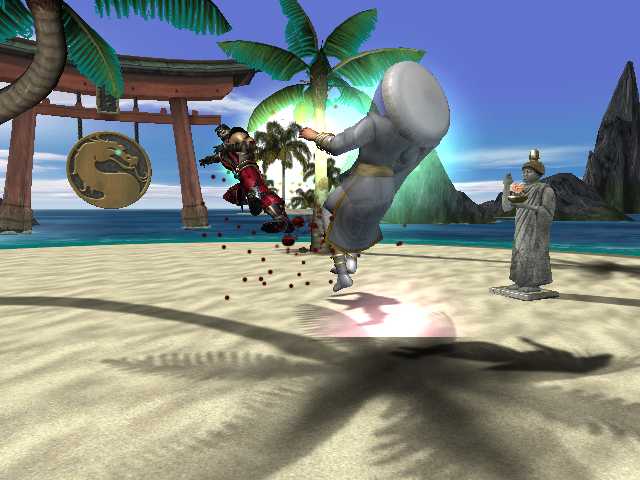 Death before dishonour… players could commit hara-kiri in this game.

Mortal Kombat: Deception was a sequel to Mortal Kombat: Deadly Alliance, featuring the same superb fighting action the series is renowned for. But despite the over the top gory and bloody action, Mortal Kombat’s humour still shone through. New features like combo breakers added a layer of depth by allowing players to defend themselves for multi-move attacks.

Meanwhile, new traps like spikes in certain scenarios even allowed players to win rounds in one well-timed move. Of course, Mortal Kombat’s traditional Fatalities were back in Deception, and hilariously players could perform the new hara-kiri moves when defeated, killing themselves before the victor could perform their Fatality, letting you have the last laugh in a multiplayer match…

The game also featured two mini-games, a puzzle game and a chess game named “Chess Kombat”, in which players would play Mortal Kombat rounds to determine whether pieces would be captured or not. And taking into account that Mortal Kombat: Deception could also be enjoyed online with friends, it’s clear this certainly is one of the top Mortal Kombat games released to date.