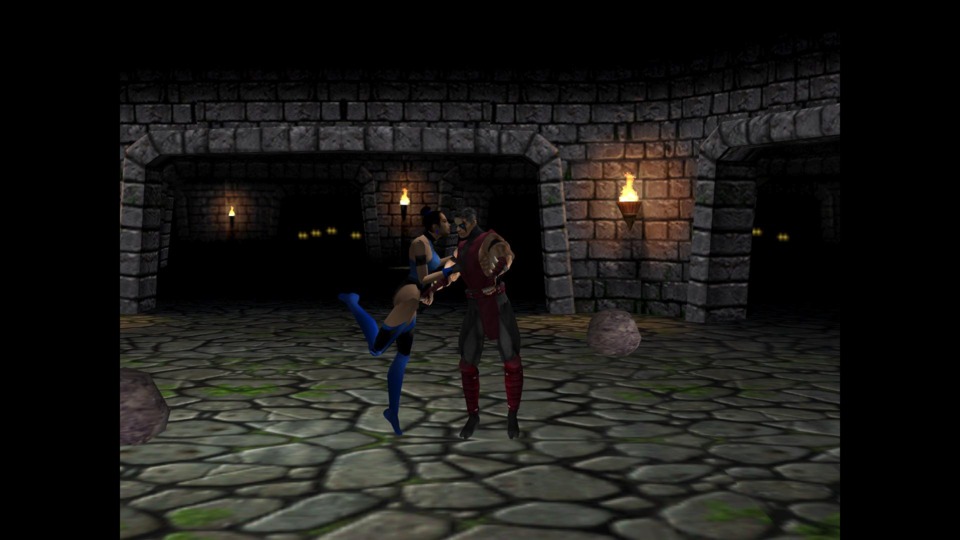 Mortal Kombat 4 was the first game in the series to make the jump to 3D.

With Mortal Kombat 4 the series made the transition to full 3D, offering detailed polygonal characters and three dimensional arenas to fight in. And old stalwarts like the thunder god Raiden still looked great in 3D, while the game also introduced baddies like the sorcerer Quan Chi and the Elder God Shinnok, who was the main antagonist in the game.

But perhaps this game’s main draw was the introduction of weapons for each character, such as Johnny Cage’s pistol and Tanya’s boomerang. This helped make the fights more dynamic, taking into account that players could knock weapons off an opponent’s hand, and even use them against him or her. Of course the game’s great combos and trademark fatalities were present and correct, and it’s clear that Mortal Kombat 4 was a very good entry in the series after the disappointment Mortal Kombat 3 was.