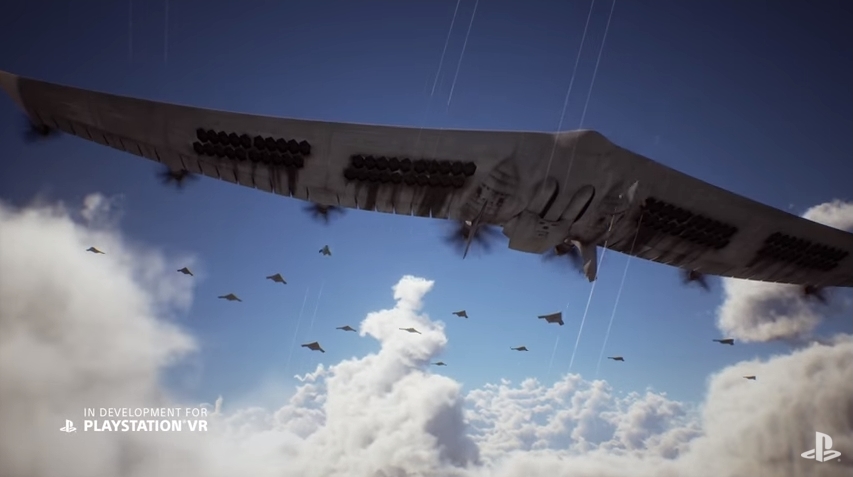 Take to the skies in Bandai Namco’s Ace Combat.

Those who ever dreamed of piloting a warplane and taking part in dogfights will surely enjoy a game like Ace Combat, as it features beautifully rendered planes (even including futuristic models), detailed cloudy skies and cityscapes. And this long-running series has quite a following, as developer Bandai-Namco Entertainment is now working on the 7th instalment of the game, which will likely be released next year.

As usual, the game will feature a single player campaign and online competitive multiplayer modes, but perhaps the most noteworthy feature is the new support for the PlayStation VR headset, which should make those aerial dogfights more immersive than ever.