Street Fighter V is certainly one of the most eagerly awaited games to be released next year, and was recently previewed during Sony’s PlayStation Experience press conference, in which a new character named F.A.N.G was introduced. But if one thing is clear, is that the series has been controversial too, with accusations of racism having been levelled at Capcom’s games, as well as a controversy surrounding the portrayal of the Mike Tyson-inspired character Balrog.

And it was recently revealed that Japanese video game company Capcom had made changes to Street Fighter V in order to tone down the focus on the bodies of certain female characters in the game. For instance, Capcom felt that the breasts of Chinese combatant Chun-Li jiggled a bit too much in the character selection screen and this was toned down, although strangely enough, this is something that Capcom attributed to a bug in the game’s physics engine…

Also, the entry sequence for fan-favourite character Cammy (who incidentally was played by sexy singer Kylie Minogue in the 1993 Street Fighter movie), was modified so that the camera focused less on her crotch area, although admittedly the end result is more tasteful, as can be seen in the video above.

Some users have complained about the matter, especially on the Reddit forums, criticizing Capcom’s changes with comments like “some of them are sorta silly”. And there’s no doubt that video game sexism is a hot issue these days, and there is a trend of desexualizing female characters in games. We saw this in the Tomb Raider games for instance, in which the Lara seen in the recent Rise of the Tomb Raider, while still sexy (and taking into account that she is based on the likeness of the well endowed English model Camilla Luddington, this is no surprise)  is a far cry from her hyper-sexualized self of the 90’s. 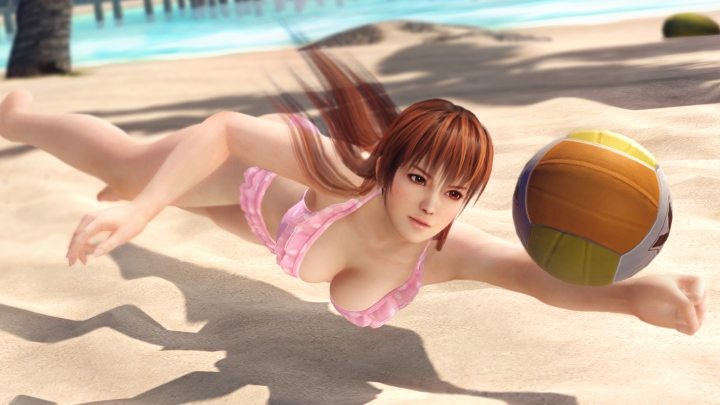 But some game creators have not followed the trend, and the makers of games like Dead or Alive Xtreme 3, which features bikini-clad babes who play beach volleyball, controversially won’t be available in western markets for fears of a backlash against the game’s sexism.

All in all though, and going back to Street Fighter V, as long as the female characters in the game retain their charm and likeability and are not treated by Capcom in a sexist way, everything will be fine. And if Street Fighter V is as fun to play as earlier instalments, then gamers surely are in for a treat when the game hits the shelves next year.