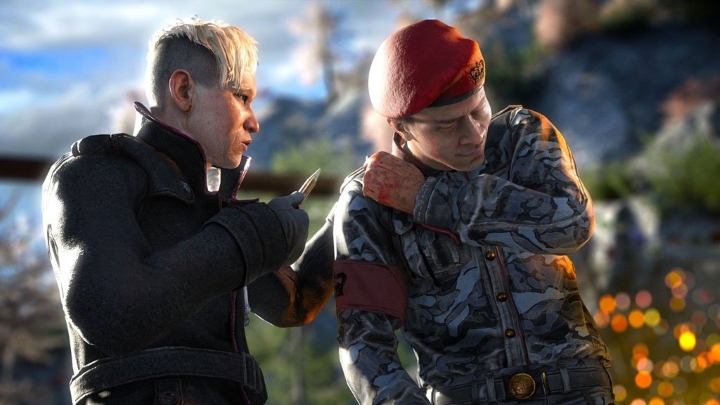 ADVERTISEMENT
While it is clear that 2012’s Far Cry 3 was a better game overall than the more recent Far Cry 4, they both featured a colourful cast of characters. And no matter how unpredictable, dangerous and volatile Far Cry 3’s Vaas was, there is no doubt that Pagan Min was more than a match for him in every department.

And speaking of volatile, early in the game we get to see Pagan Min’s psychotic side, as he stabs a soldier to death for being too trigger-happy. You see, he was shooting at a bus carrying Far Cry 4’s protagonist Ajay Ghale, who had come to the fictional Himalayan country of Kyrat to spread his mother’s ashes, but later joins the Golden Path rebels who want to overthrow the country’s brutal dictatorship…

Pagan Min is something of a narcissistic dictator, as his extravagant pink suit and bleached hair would suggest. But obviously one’s ego tends to inflate when your face appears on bills… All things considered though, the man is definitely one of the most memorable video game villains of all time.