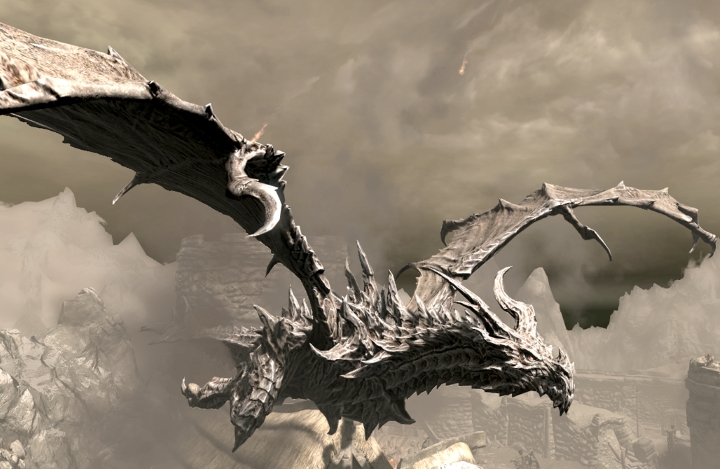 ADVERTISEMENT
If one thing is clear, is that Bethesda’s Skyrim is certainly one of the best role-playing games ever. And there are no shortage of fearsome enemies in Skyrim, from giants to trolls. And of course, dragons. You first encounter the beasts in the game’s introductory sequence, when the player is about to be executed by a bunch of overzealous imperial guards. Fortunately they decide to flee from the dragon instead, and you later find out that Skyrim’s protagonist is none other than the “Dragonborn”, that is, the only person in the kingdom who can end the dragon threat.

This is a good thing of course, because the winged beasts are being led by Alduin, a particularly large and fearsome dragon. It is also something of a God, so its capacity to do evil must be rather unlimited, as it proves early in the game by turning the town of Helgen into rubble and slaughtering its inhabitants. But being a legendary hero like the Dragonborn often means being called to battle against the odds…