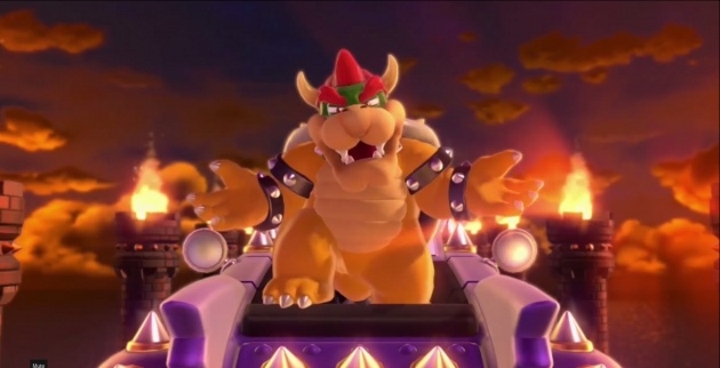 ADVERTISEMENT
It is clear that Nintendo’s Mario is one of the most popular characters in the history of video games, so it is no surprise that this Nintendo’s series of video games is amongst the best-selling of all time. And being a kiddie-friendly series, the games take place in the fictional and very cute Mushroom Kingdom, which fans of the series know is ruled by Mario’s paramour Princess Peach. But no matter how cute the games look, there would be no excitement without the villainous and ruthless Bowser, Mario’s arch nemesis and the game’s main antagonist.

And even though Bowser looks like a turtle he is not to be taken lightly, as his sharp fangs and the fact that he can breathe fire means that he packs quite a punch and is a real challenge for the diminutive Mario. And in the great Super Mario 3D World, Bowser proves that he can cause mischief beyond the Mushroom Kingdom by invading the fictional “Sprixie Kingdom”, proving that he is as badass a villain as they come.