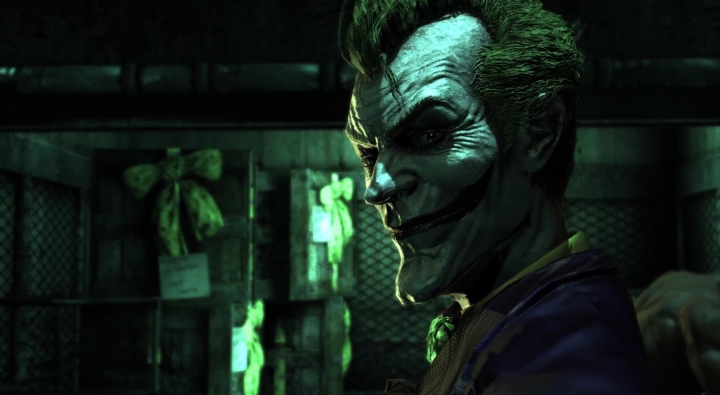 ADVERTISEMENT
The Joker first appeared in the Batman comics in 1940, so he’s been Batman’s number one arch-enemy for a very long time. He was last seen in the silver screen in 2008, in Christopher Nolan’s brilliant The Dark Knight, were he was wonderfully played by Heath Ledger.

And developer Rocksteady also did justice to the character in 2011’s Batman: Arkham City, as the Joker seen in that video game is ruthless, menacing and downright crazy. He was voiced by Star Wars’ Mark Hamill, who certainly nailed the part.

In Arkham City the Joker is certainly true to himself and tries to cause as much mindless destruction as possible, while his goons try to break Batman’s morale (and back), although his desire for anarchy is tempered by a need to save his life… And if you played Arkham City to the end, you know he won’t feature in Rocksteady’s Batman: Arkham Knight, which is sad, as no Batman game is the same without this insane villain in a clown’s attire.