Just like movie villains, video game baddies try to antagonise the player at every turn, in order to carry out their evil agendas. And some video game villains have been as memorable as they’ve been hateful, motivating players to finish the game and put an end to the dastardly villain. Here follows a list of the top 10 video game villains ever. 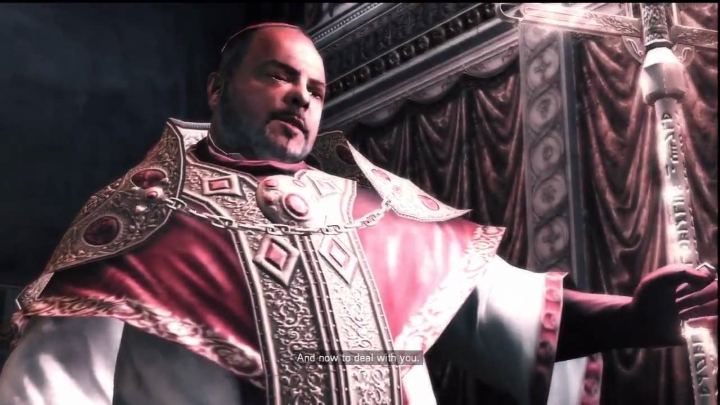 ADVERTISEMENT
While Assassin’s Creed II featured many historical characters like Leonardo da Vinci, it is clear that Rodrigo Borgia, the game’s main antagonist, was a standout. As a matter of fact the venomous Borgia family was feared throughout Renaissance Italy, and Rodrigo would later become a Pope famous for breaking his vow of celibacy…

In Assassin’s Creed II, Rodrigo Borgia is protagonist Ezio’s nemesis, and as Grand Master of the Templars wants to take over Italy and crush the Assassin order. For this, he plans to use the coveted Apple of Eden, a mythical object that both the Assassins and Templars are hunting for. And Assassin’s Creed II must be the only game in the world in which the player gets to settle matters with the Pope, in the Vatican, in a fistfight…

But still, while it is clear that the Assassin’s Creed series has featured great villains, Rodrigo Borgia is probably the most memorable of the lot.