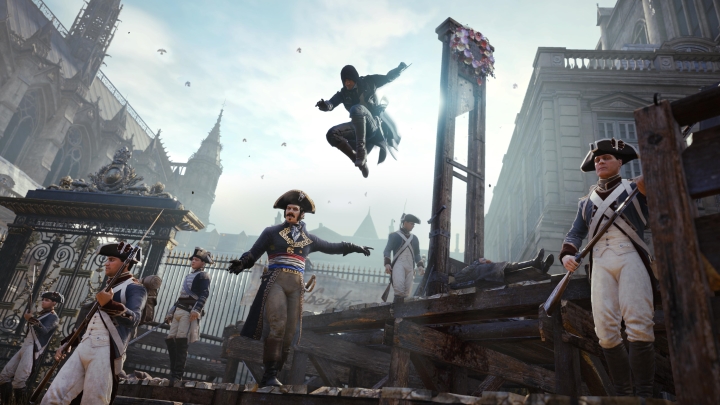 ADVERTISEMENT
It all began at the 2014 E3 show, when Ubisoft took a lot of flak from the gaming press when they controversially stated that they didn’t add playable female characters to Assassin’s Creed: Unity because this would have “doubled the work”. And the later release of the much-hyped Watch Dogs did nothing to improve Ubisoft’s image: the game’s graphics looked nowhere near as good as what was shown in an earlier gameplay video.

And then came Unity, the eagerly anticipated new-gen Assassin’s Creed game, which sadly had one of the worst launches ever. Not only was the game riddled with all sorts of hilarious glitches, but it had pointless features like chests that could only be opened with a mobile companion app, and the game included some questionable microtransactions as well. But at least Ubisoft’s CEO apologized to gamers, and the company has promised to do good with the upcoming Assassin’s Creed: Syndicate, which will feature the first playable female character in a major Assassin’s Creed game.