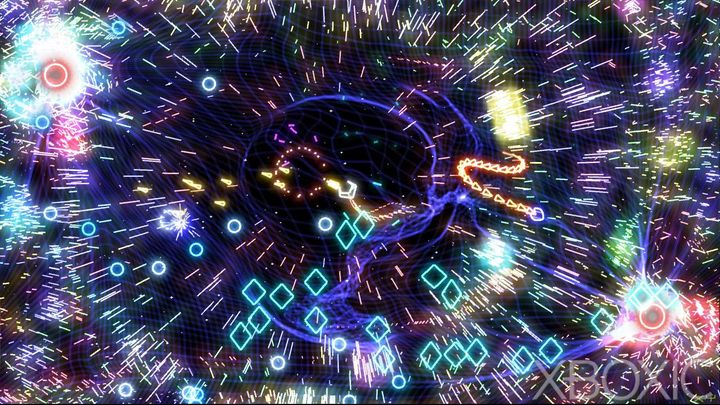 ADVERTISEMENT
This game forms part of the “twin stick shooter genre” of games, that is players use one thumb to control the direction of movement of the game’s spaceship and another the shooting direction, with both being independent. And Geometry Wars: Retro Evolved 2 not only paid homage to classics like Robotron: 2084, but was also a superb sequel to the original Retro Evolved game, which launched in 2005 – a game that many Xbox 360 early adopters surely had a ton of fun playing.

And this sequel not only added multiplayer support (though no online play sadly), brushed-up the visuals and offered a slew of gameplay modes including the original “Pacifist” mode, which gave the player only one life and did not allow shooting, surely one of the most original and challenging game modes in a video game to date, no doubt…