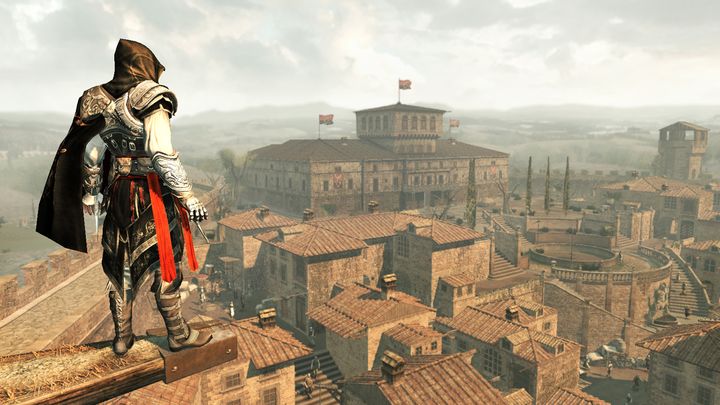 ADVERTISEMENT
This game was considered revolutionary back in 2009, thanks to its large open-world and cool new protagonist. And ladies’ man Ezio Auditore surely was a way more charismatic hero than the noble but deadly serious Altair of the first Assassin’s Creed. There were other great historical characters in the game too, such as Leonardo da Vinci and Ezio’s uncle Mario Auditore, who would introduce himself with the hilarious “It’s-a-me Mario!”.

Historical inaccuracies aside, this is still a fun romp through Renaissance Italy, whether exploring the cool Prince of Persia-style tombs, fighting guards on the Venetian rooftops or climbing Florence’s tallest tower and performing the famous leap of faith. And despite the boring tailing missions and the fact this doesn’t look as pretty as when it came out back in 2009, this is still a great experience and still the best Assassin’s Creed game made to date.

Why we loved Assassin’s Creed II’s Florence: Even though this game also has Venice and its watery canals (and a bit of Rome too) it is Florence and its rose-tinted streets which take the upper hand. Plus, the Santa Maria del Fiore church (which obviously you can climb) is one of the most stunning sights in any game to date.