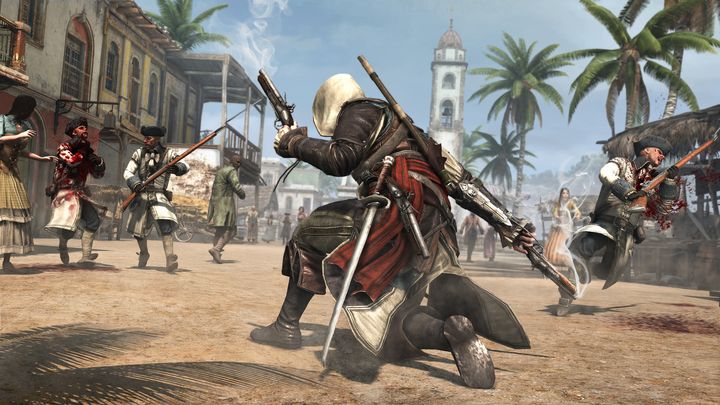 ADVERTISEMENT
With Black Flag, Ubisoft left behind the splendour of Assassin’s Creed II’s European cities, as this game is set in the 17th century Caribbean. But playing as pirate captain Edward Kenway sure was a blast, with this game offering everything you might expect from a video game about pirates. Taking part in naval battles, boarding enemy ships and exploring Mayan ruins were the order of the day here.

There was also an interesting Assassins vs Templars story too, even if some activities like crafting and trailing ships in the ocean were not stellar, though. And clearly this is more of a pirate game about assassins than the other way around. But Black Flag’s romantic vision of the Caribbean is fun, and made even greater by the game’s beautiful ending, which ties in nicely to the earlier Assassin’s Creed III.

Why we loved Black Flag’s Kingstown: More pirate simulator than Assassin’s Creed game, Black Flag is top-notch entertainment set in the salty Caribbean. Kingstown might lack the towering monuments of cities like Rome or Paris, but the Caribbean atmosphere and colonial style make up for it in spades.