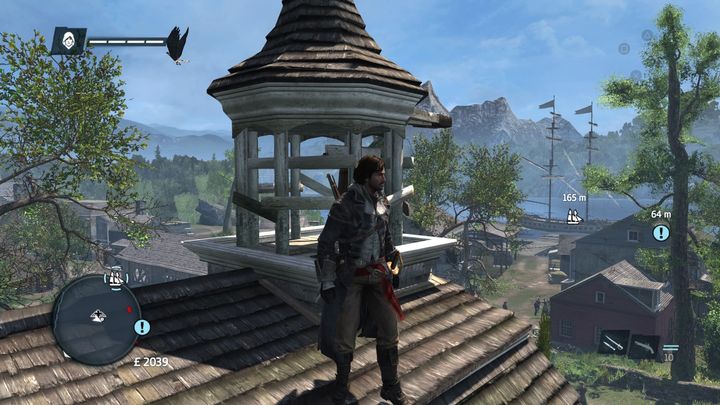 What’s more interesting about Rogue is its story, and having a protagonist that switches sides and joins the Templars for a change. But lead Shay Cormac wasn’t the most appealing Assassin’s Creed character to date, and his story wasn’t that great despite the big betrayal that happens at some point in it. Of course, the gameplay is still fun as this recycles most of Black Flag’s cool ideas. And clearly the combat, sailing and naval battles shined here like they did in Ubisoft’s earlier pirate game.

The recycling goes a bit too far though, and some half-baked ideas like introducing weapons which are only used once, as well as bringing back some of the dullness of the earlier Assassin’s Creed III do Rogue no favours. But still, this reveals new titbits about the Templar vs Assassins conflict, and also has enough fun gameplay to make it worthwhile.