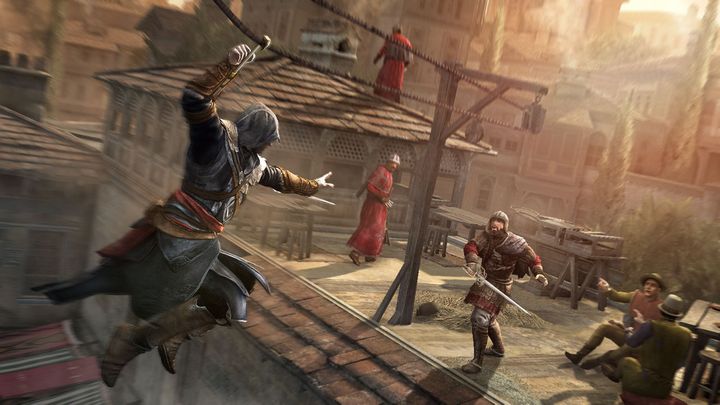 ADVERTISEMENT
Unlike earlier Assassin’s Creed games, this one is set in the Middle East, with a more mature Ezio travelling to the city of Constantinople as the war between the Templars and Assassins heats up.

So you got to climb the Hagia Sophia instead of the Colosseum this time. And given that climbing is such an important part of the series, it was enhanced with the addition of the hookblade, a nifty little tool that made climbing those Middle Eastern buildings faster and more fun.

You also got to play as Altair, whose sections in the time of the Crusades helped flesh out the character. Which is a good thing really, as he hardly said a word in the original Assassin’s Creed game. What weren’t so great were the modern-day sections with our old friend Desmond, which featured weird puzzle-like sequences which were not that much fun. But still, this is a nice conclusion to the Ezio trilogy of Assassin’s Creed games, and a great farewell to one of the best video game characters of all time.

Why we loved Assassin’s Creed Revelations’ Constantinople: Ezio’s older and wiser, but still packs a punch in this game. Meanwhile, Constantinople wasn’t a let-down after Rome wowed so many people in Assassin’s Creed Brotherhood. The Middle Eastern atmosphere is also great, and a refreshing change for the series too.