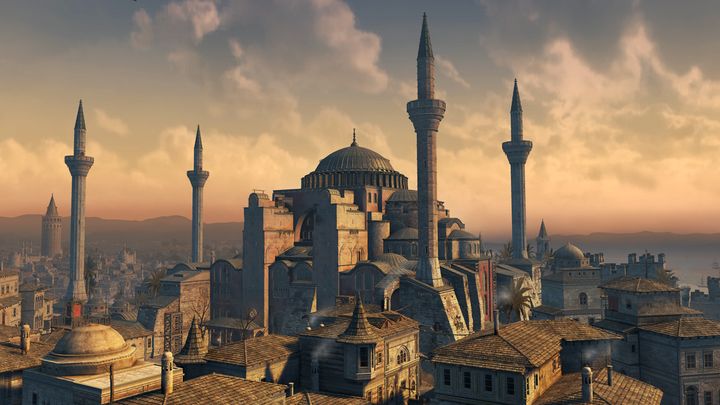 Assassin’s Creed Revelations was a good entry in the Assassin’s Creed series, and a fitting conclusion to the adventures of Ezio Auditore. He’s a grizzled hero in this game, but still proves he can go toe to toe with the Templar order in the ancient city of Constantinople.

Like in earlier Assassin’s Creed games, the historic city of Constantinople features the monuments and landmarks of the era, in particular the splendid Hagia Sophia. This monument was dreamed up by a pair of Greek scientists who came up with a design for a Christian church in the 6th century, and since then the Hagia Sophia has been one of the most recognizable landmarks in Constantinople with its distinctive four minarets and architectural style. Of course, Constantinople is known as Istanbul these days, and the Hagia Sophia is no longer a religious building but a museum, but still is one of the modern wonders of the world and one of Turkey’s most recognizable landmarks.