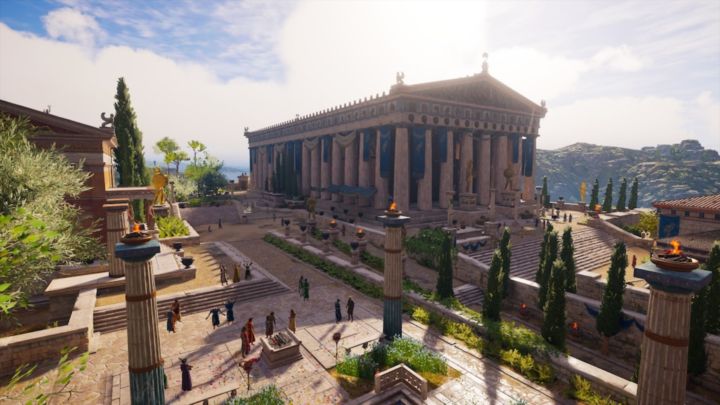 ADVERTISEMENT
With Assassin’s Creed Odyssey, Ubisoft took the series to ancient Greece. Of course, this taking place in 430 BC means there’s no sight of the Assassin Brotherhood (or their hated enemies the Templars) in the game. Both of the game’s protagonists (Alexios and Kassandra) are fun to play as though, and there are some big battles between Spartans and Athenians to enjoy too.

And Ubisoft spared no expense when it came to bringing the ancient Greek world to life here either. Actually, every nook, cranny, monument, sanctuary and temple is present and correct. Such is the case of the Parthenon, Athens’ most famous monument and one tourists have their picture taken in front of every year.

The modern Parthenon is in ruins nowadays, though, but at least one can admire the ancient building in all its glory in Ubisoft’s game. Plus, the huge statue of Athena inside the great classical temple is something real-life visitors never get to see either…