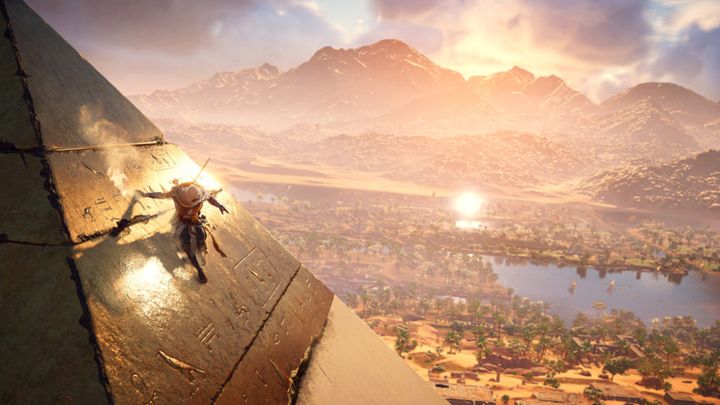 ADVERTISEMENT
Assassin’s Creed Origins was a return to form for the Assassin’s Creed series in 2017. Set in ancient Egypt, it follows the story of Bayek of Siwa, an Egyptian noble looking to get even with the mysterious Order of the Ancients. The game also explores the beginnings of the Assassin Brotherhood, and you also get to meet historical characters like Cleopatra and Julius Caesar.

Of course, like previous Ubisoft games, Assassin’s Creed Origins’ setting is beautifully recreated, with all the obelisks, statues and pyramids you would expect to see in a game taking place in ancient Egypt.

Egypt’s best-known pyramid is obviously present in the game, and you can climb the seventh wonder of the world in Assassin’s Creed Origins too… The Great Pyramid has been recreated with great detail, featuring a passage only recently discovered at the time the game came out. And trekking through the interior of Khufu’s pyramid in Assassin’s Creed Origins might make you understand why this is such an iconic monument, and one that draws crowds of tourists to Egypt each year.