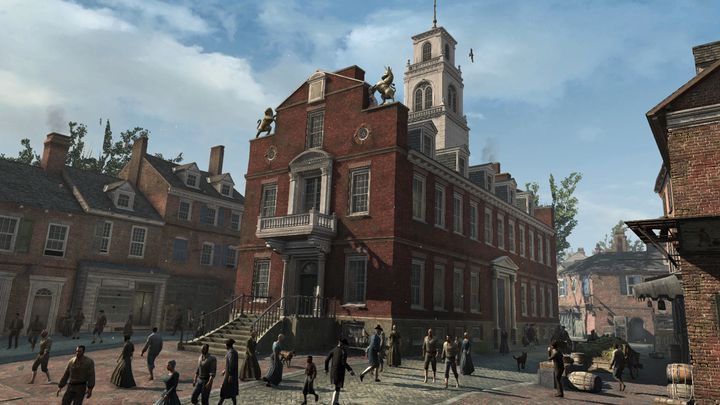 ADVERTISEMENT
Assassin’s Creed III was the first game in the series set during the American Revolution, and was well-received despite its lack of a charismatic protagonist, as native American Connor just wasn’t the best Assassin’s Creed lead we’ve seen to date… But still, getting to enjoy the sights and sounds of 18th century America at a crucial time during its history made playing this Assassin’s Creed game worthwhile.

The game’s detailed landmarks and monuments in colonial America also added to the experience of playing the game, with Assassin’s Creed III featuring accurate recreations of buildings like Boston’s iconic Old State House (where protagonist Connor witnesses the infamous Boston Massacre at some point in the game). The Old State House, of course, is one of the best preserved buildings from colonial times and one key location of the famous Boston Freedom Trail, and its presence in the game sure helped give this revolutionary Assassin’s Creed game an authentic flavour.