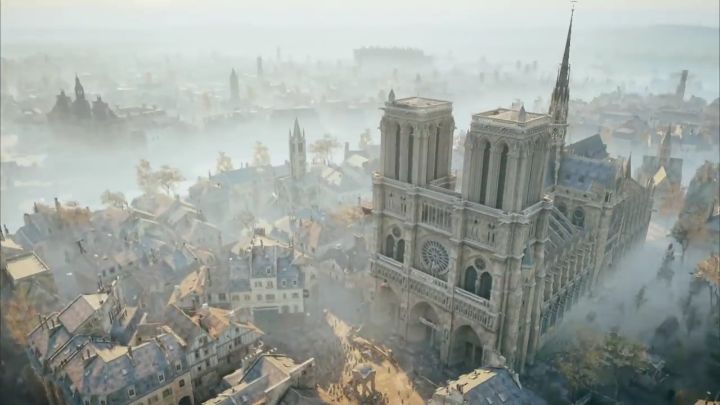 When Assassin’s Creed Unity was released back in 2014, it was considered a disappointment due to the buggy state the game shipped in. Although thanks to Ubisoft’s patching the final game is perfectly playable these days, letting players enjoy a fine Assassin’s Creed game with a good story set in 18th century revolutionary Paris. And being the first Assassin’s Creed made exclusively for new-gen consoles, Unity did not disappoint when it came to visuals, as it is one of the best-looking console games out there, while its recreation of 18th century Paris is truly a sight to behold.

The game features all the great monuments in the City of Light, including the great Notre Dame, a Gothic cathedral in the heart of Paris which is one of the world’s most visited tourist attractions. And clearly Ubisoft wanted the famous monument to look as accurate as possible in the game, with the cathedral’s towers and gargoyles looking pitch-perfect and adding to player’s enjoyment of this Parisian Assassin’s Creed.