Dark Souls 3 is no doubt one of the most eagerly awaited games of the year, and perhaps the last game in the much-loved Dark Souls series. These games are known for their punishing difficulty and great atmosphere, and now that Hidetaka Miyazaki is back directing a Dark Souls game after putting out the fantastic Bloodborne in 2015, gamers are expecting something truly special from the Japanese game creator. Here follows 5 reasons why Dark Souls 3 could be the series’ best game to date. 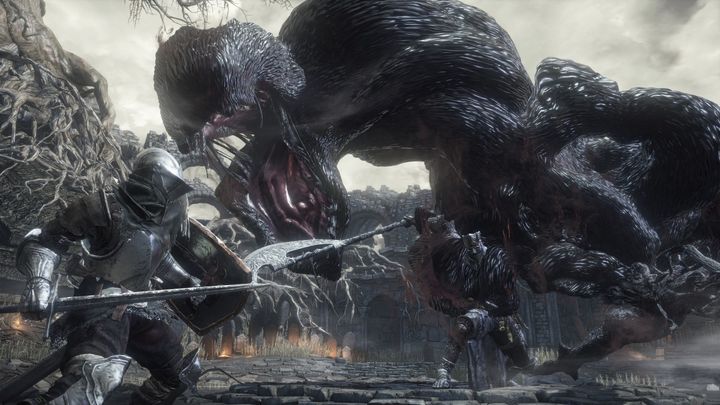 If one thing is clear, is that Miyazaki’s games have always featured their share of brutal and tough to beat enemies, like Bloodborne’s Cleric Beast and the terrifying Pthumerian Queen. And who can forget dealing with tough as nails bosses like the Iron Golem in the original Dark Souls? And there is no doubt that there will be no shortage of scary enemies in Dark Souls 3, as right off the bat players will face the diabolic Iudex Gundyr boss. He’s a chap in heavy armour wielding a halberd, which no doubt hits hard, but he can also turn into a rather hideous monster mid-fight (as seen in the screenshot above) making Gundyr even tougher to deal with.