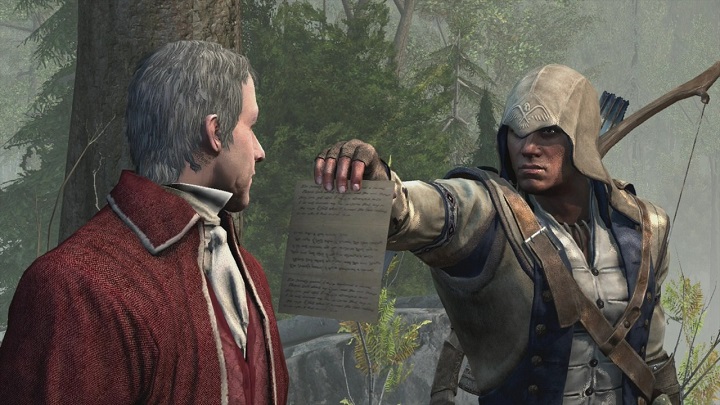 ADVERTISEMENT
In this Assassin’s Creed game a native American named Connor gets caught up in the major events of the American Revolution. So he goes from befriending Benjamin Franklin to all sorts of improbable madness such as directing the battle of Bunker Hill. And although you are treated to some authentic native American dialog, Connor is as charismatic as a rotten apple. It’s a pity because he could have been one of the most interesting characters in the Assassin’s Creed universe, but sadly he’s no Ezio Auditore.

So you get the same old combat, travelling from point A to B, assassinations and pretty cutscenes, but without the great story of the previous Assassin’s Creed games. Other side activities such as hunting were a bore, but the naval combat sure was this game’s strong point: it was spectacular and exciting and became a big part of the pirate-themed Assassin’s Creed IV.