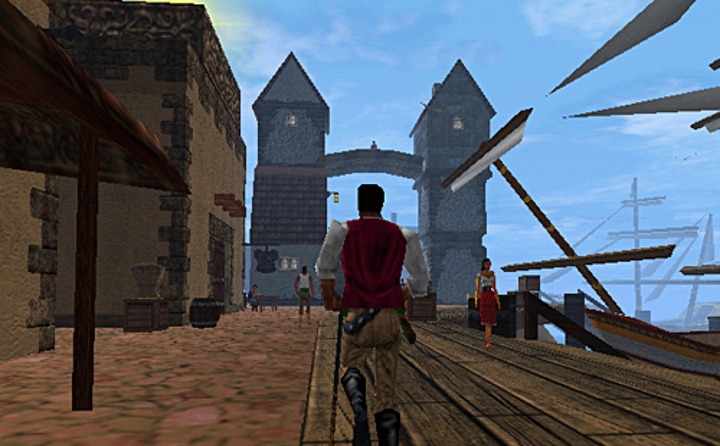 Redguard was an Elder Scrolls adventure that sadly did not fare that well.

With this Redguard game Bethesda ditched most of the role-playing elements of the earlier Arena and Daggerfall games, and instead offered an action-adventure game set in the Elder Scrolls universe. The game took place on an island, and even though it was nowhere near the earlier Dagerfall game in terms of size, featured far more detailed environments and better developed characters.

Redguard’s gameplay was clearly inspired by the Tomb Raider and Prince of Persia games, and players took control of Redguard character Cyrus, who was on a mission to save his sister in the game’s fantasy world of Tamriel. But the lack of role-playing elements, the inability to create a custom character and the focus on melee combat only plus the game’s notorious glitches meant that this Elder Scrolls game certainly was not one of Bethesda’s best offerings to date.