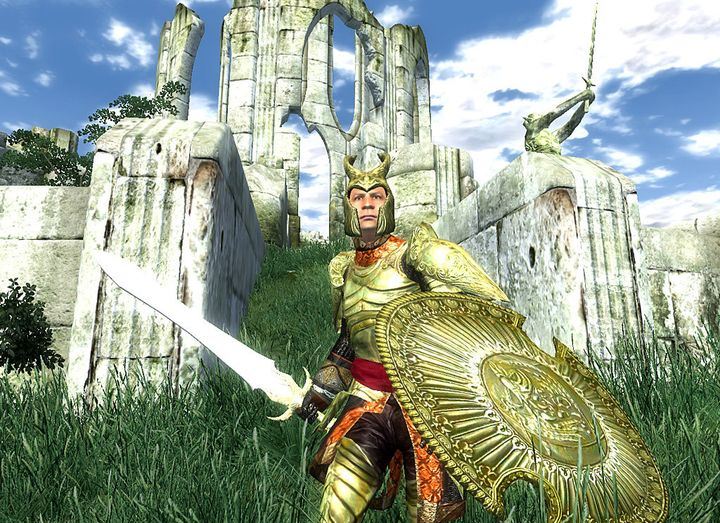 Both sightseeing and combat were great in Oblivion.

If one thing is clear, is that Bethesda’s Elder Scroll games have always offered huge, meticulously detailed worlds to explore. And clearly, Oblivion was no different in this regard. This is because the game’s province of Cyrodiil offered countless locations to discover and plenty of great sights to enjoy such as the picturesque town of Skingrad, or the shrines devoted to the Daedric gods that dot the landscape.

Oblivion’s main quest, though, which involved an invasion by an army from another dimension and the emperor’s lost successor (superbly voiced by Sean Bean) admittedly wasn’t up to much. But the ton of sidequests, such as one involving a boat inn which is hijacked by bandits out of the blue, were great overall. Oblivion also had one of the best Elder Scrolls expansions to date in The Shivering Isles, featuring some of the most original missions yet seen in the series. And there’s no doubt Jeremy Soule’s epic music for the game is one of the best scores featured in a video game to date too.