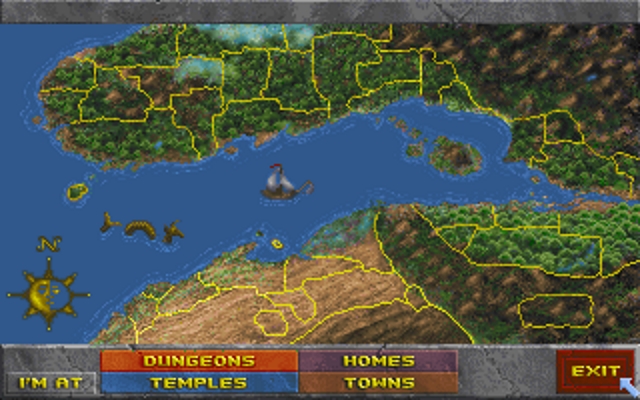 Daggerfall’s map was huge, but lacked variety though.

Daggerfall was the first Elder Scrolls game to ditch the traditional “experience point” system of most role-playing games and instead had skill-based progression – the more you used a sword, the better you got at it.

Aside from the novel skill-based gameplay, Dagerfall also boasted one of the biggest landmasses in RPG history: an area the size of Great Britain, with thousands of towns to explore and characters to meet.

But sadly the game had a filler problem, as most of the terrain and characters were randomly generated, meaning things ended up feeling repetitive after a short while. Newer Elder Scrolls games like Oblivion, despite having a much smaller map, feature far greater detailed worlds. Also the fact that Daggerfall shipped in a rather buggy state did not help matters, although clearly this was a greatly ambitious game, and paved the way for future series greats like Morrowind and Oblivion.