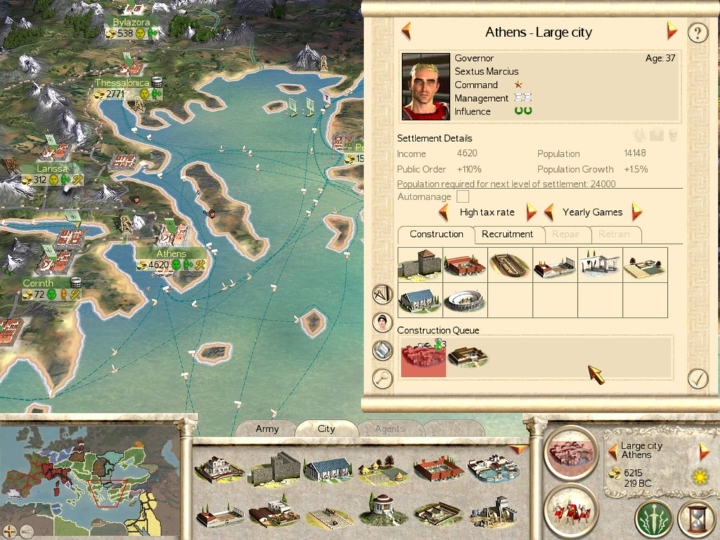 ADVERTISEMENT
The Total War series of strategy games by English developer Creative Assembly have always offered those who enjoy exercising their grey matter plenty to chew on. And Rome: Total War saw armchair (or office chair) generals commanding Roman legions in an effort to take over the ancient world.

And while you strategized you could listen to some very nice music composed by Jeff van Dyck, which was good enough to be nominated for a BAFTA award (although it is clear that he based his title music on the score of the movie A Beautiful Mind). A highlight was a lovely song with Latin lyrics, sung by van Dyck’s wife, which was evocative of Roman times.