Without question, Square Enix’s Final Fantasy VII remake is one hotly anticipated title, even if its release date is still quite a while away (it debuts in March next year).

But still, Final Fantasy VII will bring back classic characters such as Cloud, Aerith and, of course, Tifa Lockhart.

Tifa made her debut in 1997’s Final Fantasy game, but also made an appearance in the classy Kingdom Hearts II together with Disney characters such as Donald Duck. She’s routinely named as one of the sexiest video game characters ever.

It’s clear, though, that her oversexualized portrayal in Final Fantasy VII might not be fitting for modern audiences, her oversized breasts and exaggerated curves being vanished for good in this remake of Square Enix’s classy video game.

This has been confirmed by game director Tetsuya Nomura to Famitsu (as translated by Gematsu), who said that the team at Square Enix had tightened Tifa Lockhart’s chest, so that according to Nomura it would not “get unnatural during all the intense action”.

So we won’t get to see Tifa’s breasts bouncing up and down during action scenes here (something for which Fortnite stirred controversy last year). Thankfully, the Final Fantasy heroine will have “an athletic body type” plus an “eastern-style look” too. 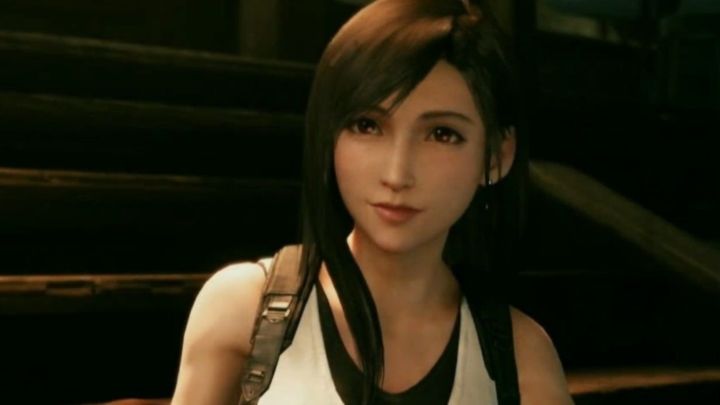 What do you think of Tifa’s new look in the Final Fantasy VII remake?

This might help Square Enix avoid the flak it got for its sexualized depiction of car mechanic Cindy in the earlier Final Fantasy XV, as it seems that sexualized depictions of female characters are going out of fashion these days (except maybe in games like the Dead or Alive fighting series, which continue that 90’s era tradition, and Dead or Alive Xtreme 3 which is big in countries like Japan).

Despite the Tifa Lockhart controversy, though, the Final Fantasy VII remake sure is looking great judging by the game’s E3 trailer, and despite the tightening of Tifa’s chest, she still looks sexy amidst all the action seen in the video below.

Aside from Tifa Lockhart’s new looks, other things that could make this as impressive as Capcom’s effort with Resident Evil 2 are the new additions and events in the game. Game director Nomura has revealed the game will take a whopping 2 Blu-rays, plus the all the new dialogue options mean this could still be fun to play even if you’ve already completed the 1997 classic original.

All we’ve got to do is wait so that we can get hold of this highly promising Final Fantasy VII remake, then, so fingers crossed this lives up to the 1997 game when it arrives in stores in March next year.

→
Next: Your next laptop could be significantly more expensive – here’s why
Share this >
YOU MAY ALSO LIKE
MORE ON LAKEBIT