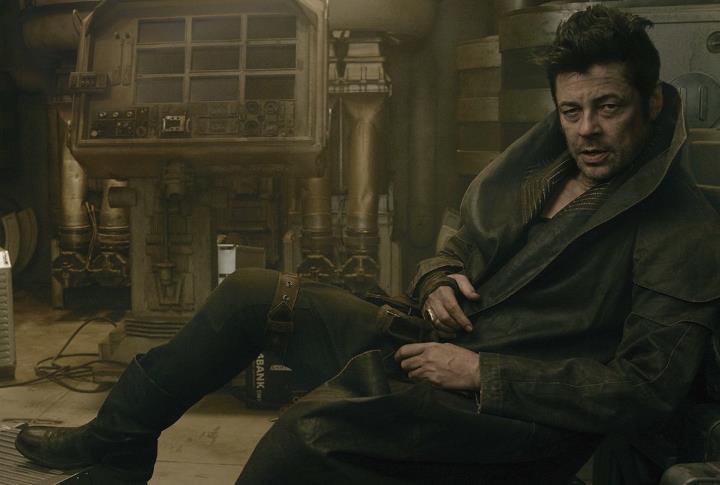 ADVERTISEMENT
Fans of the US actor, who’s been a standout in movies like Traffic and Sicario, were delighted to hear he will be playing a character in Episode 8. Benicio del Toro’s character is a complete unknown at this point, although at least we know he goes by the call sign “DJ”. He’s not a starfighter pilot though, but plies his trade in the seedy casino planet of Canto Bight and he does own a fancy spaceship too…

So Benicio del Toro’s character might be a Han Solo smuggler type, meaning the actor has some pretty big boots to fill… We’re confident though, that Benicio del Toro will bring his trademark intensity to his Star Wars role, helping Rian Johnson’s movie succeed when it hits theatres later this year.