It’s the biggest military conflict the world has ever seen, World War 2 pitting the Allies against the German war machine. And no doubt WW2 is a favorite subject for movies and books, but it has also inspired many video games, from first-person shooters to deep strategy games and almost everything in between… Some of these games let you command the Allies, while others let you play as Germany and others, and see the war from the perspective of the Axis. Here follows a list of the top 5 best World War 2 games seen to date. 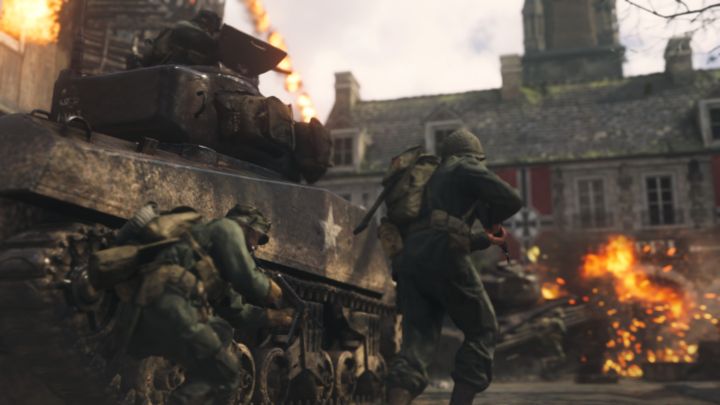 ADVERTISEMENT
With this game, Activision took the Call of Duty series back to its roots in 2017. Those with long memories know the original Call of Duty game from 2003 was set during World War 2. As you can expect, the cinematic single player campaign features a D-Day mission. Playing as an American soldier, you get to fight through the German defenses at Normandy and also take part in the liberation of Paris amongst other things.

Call of Duty’s hallmark multiplayer is also good here – free for all and deathmatch modes are present and correct, but the new “War” mode features interesting WW2 scenarios that require team work to achieve objectives, such as building a bridge while under enemy fire. Of course, this wouldn’t be a Call of Duty game without its zombies mode, and mowing down Nazi zombies while solving puzzles together with friends is more than icing on the cake in this WW2-inspired Call of Duty game.