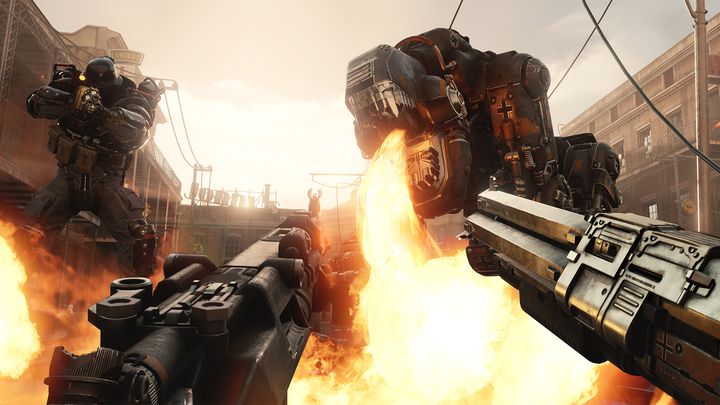 ADVERTISEMENT
This follow-up to the smash hit Wolfenstein: The New Order takes players to America, which has been overrun by Nazis after winning World War 2. This is an alternate history scenario which has been explored before, but gives players a satisfying excuse to kill Nazis in their fight to liberate America from oppression in the game. After winning the war in this hypothetical scenario, the Nazis have put the iron-fisted General Engel in power in America. She’s a great villain – ruthless and unpredictable, and makes playing through this first-person shooter even more fun.

As you can expect, the action is just as over the top as in the original game – much more than in a Call of Duty game (of course). But this is intercut with deadly serious scenes in which protagonist B.J. Blazkowicz remembers his abusive, antisemitic father… And then it’s off to fight robot dogs which breath fire and Nazi stormtroopers (with a big laser weapon) in the radioactive remains of New York city again… Nonetheless, this is one of the best WW2-inspired games to date no doubt.