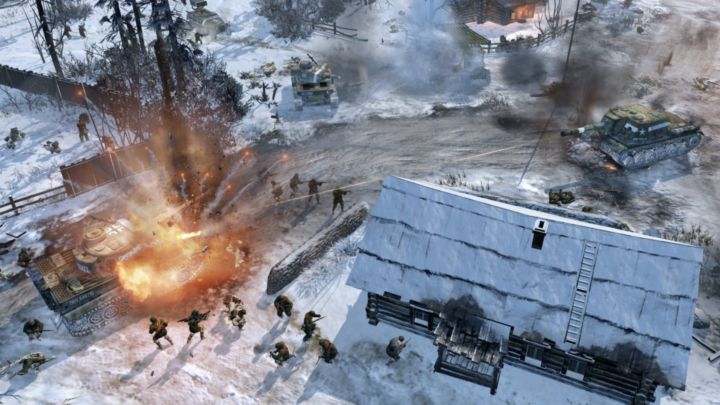 ADVERTISEMENT
While a game like Call of Duty lets you live WW2 and enjoy the action from the perspective of a single soldier, Company of Heroes 2 lets you take control of entire squads of soldiers. This real-time strategy game features a single player campaign which puts you in the shoes of a Russian commander fighting the German onslaught. Starting in Stalingrad, you have to push the Nazis all the way back to Berlin across a series of missions.

Featuring realistic weather and line of sight for your units, and destructible environments, battles can be exciting to watch… Taking out a Nazi Tiger tank in one mission is an exciting affair, and so is keeping your troops alive in the bitter cold of Russia by seeking refuge indoors or remaining close to fires on the battlefield. Add to this the graphical and user interface improvements over its illustrious predecessor (the original Company of Heroes), plus the exciting multiplayer and additional Ardennes Assault campaign, and surely this is a game any WW2 fan will want play.