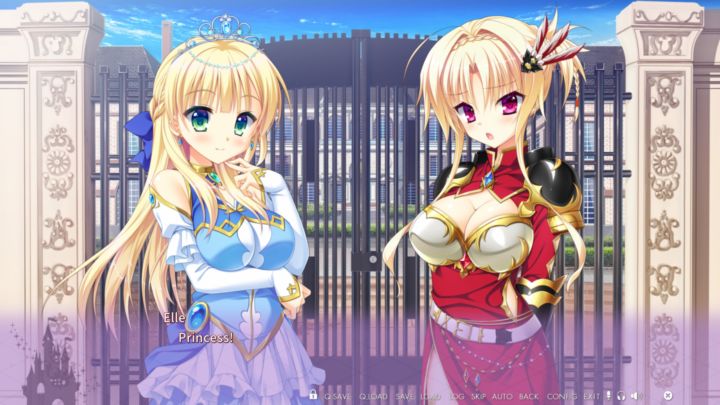 ADVERTISEMENT
This elegant visual novel by Japanese developer Saga Planets was released in June 2021, and has great artwork. The story features five different routes, one for each of the five major characters. These include Sylvie, a European princess, her protector knight Elle (both seen above) and Ria, a smoker girl with an attitude. Each route lets you get to know one of the girls, and maybe also become romantically involved with your would-be waifus…

You do little more than click to follow the story here though – but the characters are well-fleshed out, both graphically and in the writing, letting you enjoy protagonist Ouro’s “golden time”, while you can also try the game for free thanks to the substantial, several hours long demo available on Steam.