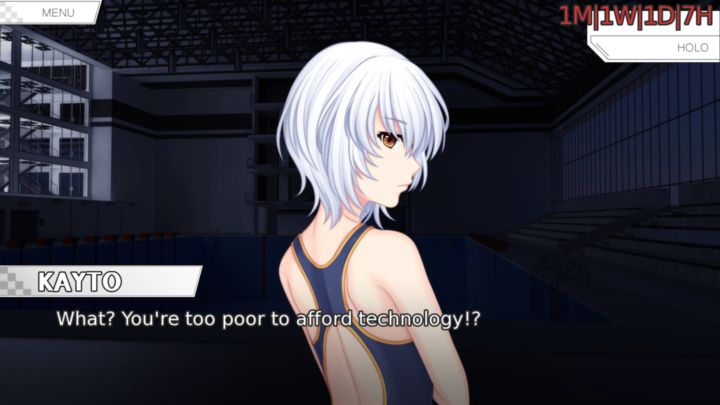 ADVERTISEMENT
In Sunrider Academy you take the role of Kayto Shields, a busy guy who’s put in charge of the student clubs by childhood friend and class president Ava. The core of the gameplay here involves managing both Kayto’s stats (such as stress and intelligence) and also those of the clubs to succeed in your goals. You see, too much stress can put Kayto out of commission, or not achieving goals such as making sure each of the three clubs you’re managing has at least 5 members will lead to a “bad end”.